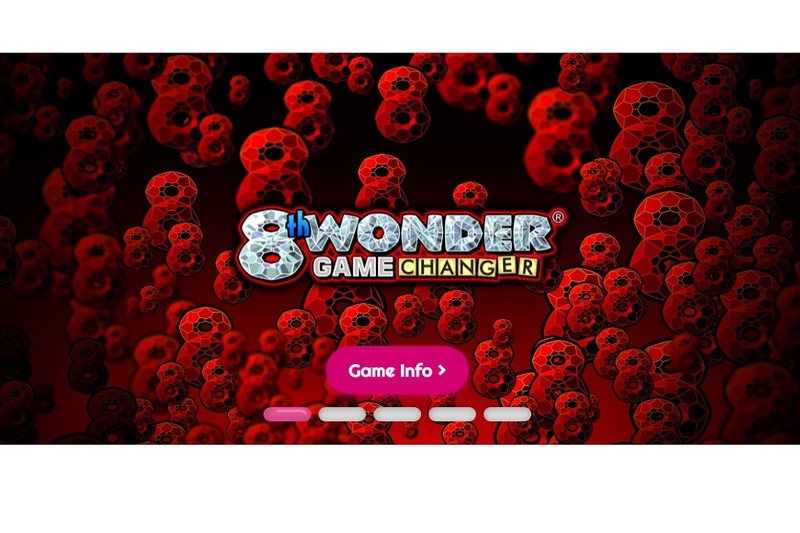 When a game board is created, the player gets to roll two random dice and move around the board. Landing on symbols will spin the centre three reels to a win of that symbol. All wins in the window are then paid out (including 4 and 5 of a kind wins). If a full house lands, all wins are doubled!

Featuring a vibrant playfield filled with Gold Bars, Bank Notes, Diamonds, Rubies, Emeralds and Amethysts, players can win up to 18,888x their bet and also select the bonus buy feature where jurisdictions allow.

8th Wonder Game Changer® is the latest in Realistic’s successful series following a string of hits including Snakes and Ladders, Super Bar X and Super Graphics, all of which offer millions of possible game board layouts ensuring no two game feature experiences are the same.

Robert Lee, Commercial Director at Realistic Games, said: “The Game Changer® mechanic performs just as the name suggests and creates a whole new experience for many of our best-loved games.

“The simplicity of the concept, moving around the game board by rolling random dice and collecting prizes makes it immediately engaging, but it is also that simplicity that makes the feature so transferable.

“We’ve again adjusted the math model and reward structure, keeping 8th Wonder Game Changer® clean and fresh and true to its original 3-reel namesake while also retaining the intuitive elements that have proved such a winner throughout the series.”