Binance Plans to Raise $1 Billion for a Crypto “Recovery Fund,” and May Purchase FTX Assets 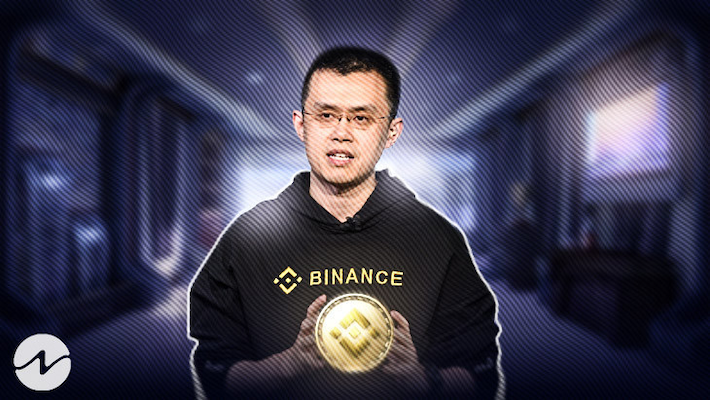 The founder and CEO of Binance stated that the company’s crypto rescue fund will begin with $1 billion to distribute as it assumes the position of the sector’s white knight.

Changpeng “CZ” Zhao stated in a Bloomberg interview that the fund will have a “loose” structure, be publicly accessible on the blockchain, and allow for contributions from other market participants.

He stated that additional information would be provided in a blog post on the Binance platform and that the fund would begin operations as soon as feasible.

The team will next determine how far the $1 billion can go before perhaps adding further money, according to CZ.

“We’re planning to set aside roughly $1 billion initially, and if that isn’t enough, we’ll dedicate more. We can withdraw the money back if there are any unused funds after six months and there aren’t many projects—hopefully by then the industry will have recovered.”

On November 14, the exchange executive made the initial announcement of the establishment of a “industry recovery fund” to support businesses who “are otherwise healthy but in a liquidity issue” due to the FTX repercussions. At that time, both Justin Sun, the creator of Tron, and Simon Dixon, the CEO of BankToTheFuture, declared that they, too, would make a contribution to the fund. However, it’s not apparent if they have actually made a contribution.

Jump Crypto and Aptos Labs Commit to the Recovery Fund

According to a press release, the well-known crypto businesses Aptos Labs and Jump Crypto will commit funds in the amount of $50 million each, to the Binance-led $1 billion Industry Recovery Initiative.

CZ also stated that the fund may be interested in purchasing some of the troubled cryptocurrency projects that the now-defunct exchange FTX had acquired, but she would not specify which ones.

We should examine their assets, he declared. They made investments in a variety of initiatives, some of which are good and others of which are disastrous, but I believe that some of the assets may be salvageable. When they become available, we’ll review that.

FTX and the hedge fund Alameda Research are two of Sam Bankman-businesses Fried’s that went on an acquisition and bailout spree early this year in the wake of Terra’s failure and the resulting suffering for the cryptocurrency sector.

Due to the risk, cryptocurrency lender BlockFi is now thinking about starting its own bankruptcy proceedings after accepting credit from FTX.US during the summer. It has already discussed potential assistance with Binance.

Voyager Digital is currently looking for a new buyer after accepting a $1.4 billion offer from FTX to buy its troubled businesses in September.

SBF has asserted as recently as September that FTX had $1 billion set aside for additional buyouts. There were even speculations that he was considering buying the publicly traded trading software Robinhood at one time.

Despite the fact that the CEO of Binance had earlier inadvertently criticized FTX’s strategies in a blog post from June, CZ now fills the position of industry savior as a result of SBF’s fall from grace.

“Don’t keep supporting poor businesses, he advised at the time. Let them struggle.”

Binance.US to Submit Bid for Crypto Lender Voyager, As Per CZ

Also stated by Changpeng Zhao is that the exchange’s American division will submit a new offer for the defunct FTX’s planned acquisition of the crypto lender Voyager.

Zhao revealed in an interview with Bloomberg on Thursday that Binance.US will be putting together an offer for the insolvent lending site, which was first reported by CoinDesk last week.

“Binance.US will make another bid for Voyager now, given FTX is no longer able to follow through on that commitment,” he stated.

After Voyager filed for bankruptcy, FTX became the front-runner to buy the lender, with Binance’s bid reportedly being withheld because the U.S. government was worried it might pose a threat to national security.

Zhao stated, “I believe the U.S. national security issues were rumors spread by FTX to try and push us out of the bid. We never had any reservations about taking part in the bid”.

Since Zhao was born in China, but having grown up in Canada, there have been persistent allegations that Binance is a Chinese firm. In a blog post published in September, he stated, “I am a Canadian citizen, period.”

$10 Million Raised for Onomy Protocol on Brink of Launch