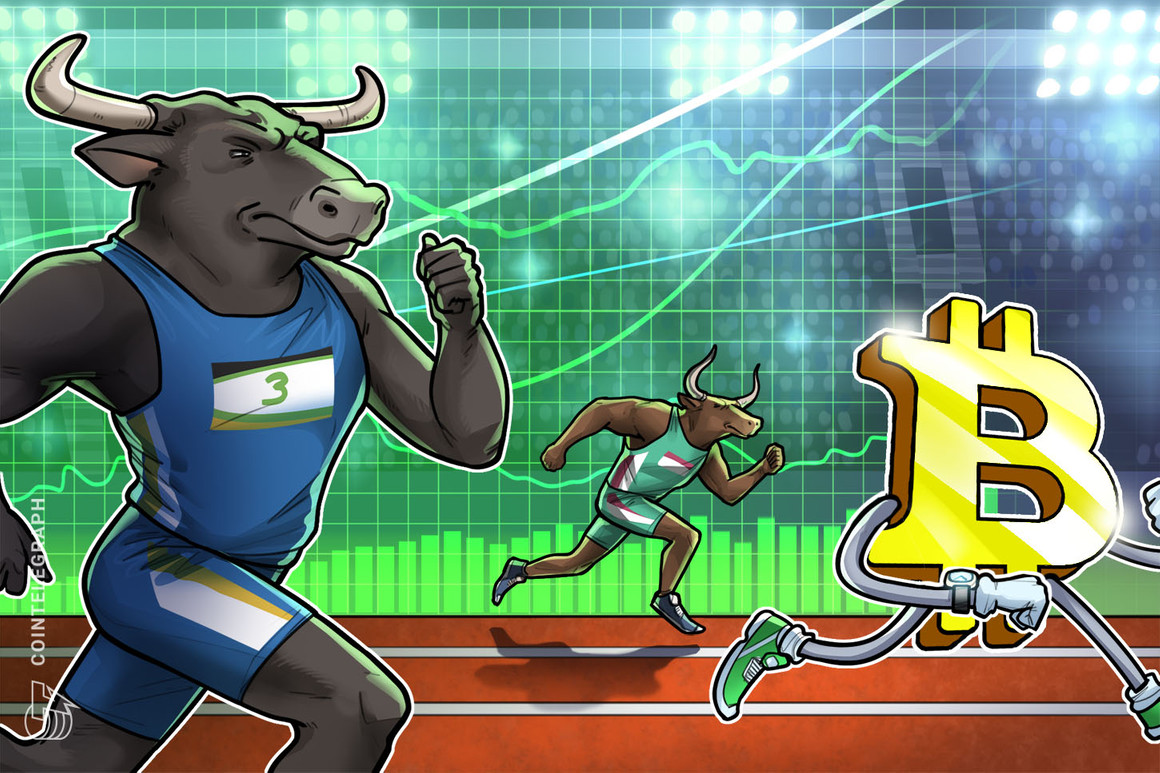 Data from Cointelegraph Markets Pro and TradingView showed BTC/USD trading above $45,500 at the time of writing Monday.

After reaching local highs overnight, Bitcoin saw a comedown as the new week began, but this quickly U-turned to produce a three-month peak of $46,090.

With a correction yet to kick in, analysts were firmly bullish on coming moves for BTC/USD. Among them was PlanB, creator of the stock-to-flow BTC price model.

“Bitcoin at $46K,” he summarized to Twitter followers alongside a chart of price performance after each block subsidy halving event.

“We are 16 months after the halving (red line), awaiting the second leg of this bull market.”

Kraken growth lead Dan Held argued that the action was reminiscent of Bitcoin in 2013, when it saw a considerable comedown from one all-time high only to go on to hit a second, much larger peak in the same year.

As Cointelegraph reported, concerns over the incoming bote on a bill which could shake up tax requirements for cryptocurrency businesses in the United States had failed to dampen the mood, instead appearing to act as a catalyst for price gains.

Crypto markets likewise sidestepped a sudden dramatic dip for gold Monday, which briefly dipped to its lowest in four months.

“Bitcoin’s journey to becoming Gold 2.0 has been beautiful,” Held said.

“It was planted during the ’08 crisis and came of age during the Covid crisis. The crazy thing is, Bitcoin is just getting started.”

Crossing over to on-chain fundamentals, and it was a game of catch-up for price which still had a lot to do to match implied sentiment.

In various posts Monday, analyst William Clemente highlighted the “largest divergence” between the two phenomena “playing out in real time.”

Based on modelling of tops and bottoms, a target of $57,000 has emerged, he said, and should this successfully be reclaimed, $92,000 will be next.

“If that level is then reclaimed, would be targeting top price model which currently sits at $175K,” he added.

Moving averages which had evaded Bitcoin in recent weeks were suddenly flipped over the weekend, among them the $42,500 range high.