Bitcoin Dipped and Recovered: The U.S. Infraestructure Bill Drama Was Just a Bump For The BTC Price 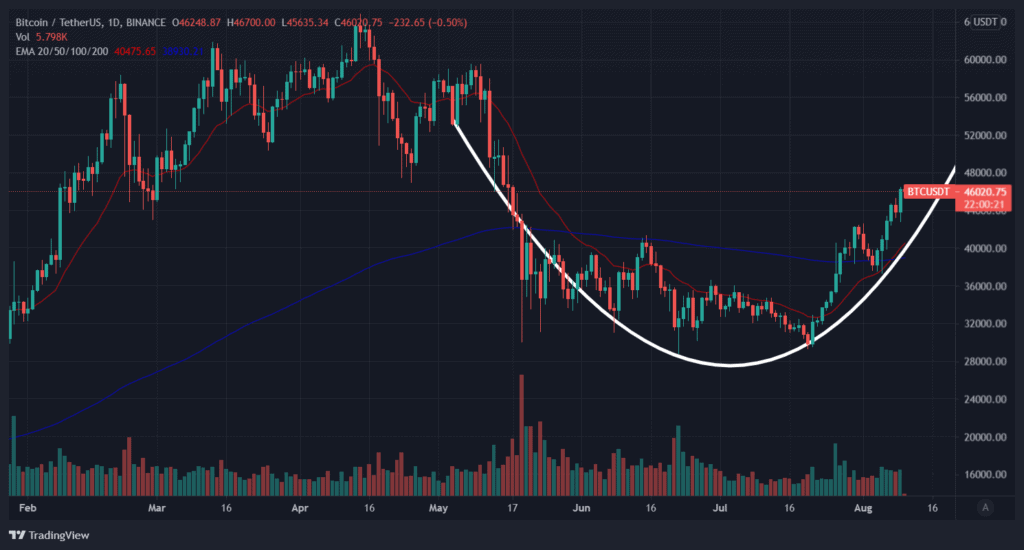 The nervousness caused by the ongoing discussions of the U.S. Infrastructure Bill does not seem to have affected Bitcoin traders at all.

Bitcoin remained sturdy above the psychological barrier of $45,000 as the Bitcoin bulls went to battle a few hours ago. The U.S. Senate failed to reach an agreement on a series of amendments that would exclude decentralized cryptocurrency service providers – such as wallets, miners, and DeFi protocols – from being considered as “brokers.” Instead, the Senate passed a bill that, under current conditions, could make the development of the crypto industry in the country practically impossible.

A Senator Crashed Bitcoin, But The Bearishness Did Not Last

This unfortunate outcome happened due to the stubbornness of Senator Richard Shelby, who took it upon himself to block efforts to implement changes favorable to the cryptocurrency industry after the Senate did not agree to support his proposal to increase military spending. As Robert Leshner, Founder of the DeFi protocol Compound says:

The Warner, Toomey, Sinema, Lummis amendment would have protected digital innovation in America, and enjoyed broad bi-partisan and administration support.

Only minutes after this decision became public, bitcoin reacted as expected. A mini-crash of nearly 3.4% in less than one hour knocked bitcoin from $46200 to a low of $44,900.

But since that point, bitcoin has done nothing but recover, managing to close the daily candle at $46253, up 5.61% from the previous day, outperforming any other 24-hour period since July 27, when it was up 5.9%.

The pattern still looks bullish. The recovery is almost parabolic, and prices have managed to stay above the 200 EMA. The golden cross also shows a clear bullish sentiment in the short term.

The Crypto Fear & Greed Index developed by Alternative.me shows that the market is currently in a state of Greed. In fact, the sentiment is so highly bullish that it resembles the state the markets were in during the Bitcoin ATH.

The Future Is Not Written

What does all of this means? In theory, markets operate with a forward-thinking mindset. This means that traders try to take their decisions based on what they considered to be the most likely future scenario. However, crypto is still a very volatile and new arena and the market sentiment seems to be of extreme importance for swing-traders.

Even though it is now extremely hard to win, the battle is not over, and many lawmakers are not willing to give up. The Bitcoin industry is surely lobbying until the last moment, waiting for a miracle, but judging for what the indicators show right now, Bitcoin traders are unfazed.

Fundamentally, Bitcoin has not changed, and that is probably the most optimistic way to see things.

Also, the fact that the government is taking crypto so seriously is also a good sign of how mature the industry is. According to Sam Trabucco, CEO of Alameda Research, this could turn out to be good for Bitcoin and the whole crypto ecosystem in the long run.

I think THAT is what the market is reacting to — the idea that we’ve “made it” — and if crypto stays as relevant as it has been (critically, in ways which are not *really bad* regulatorily, but “neutral” is seeming sufficient to me), I suspect the market will continue to do so.