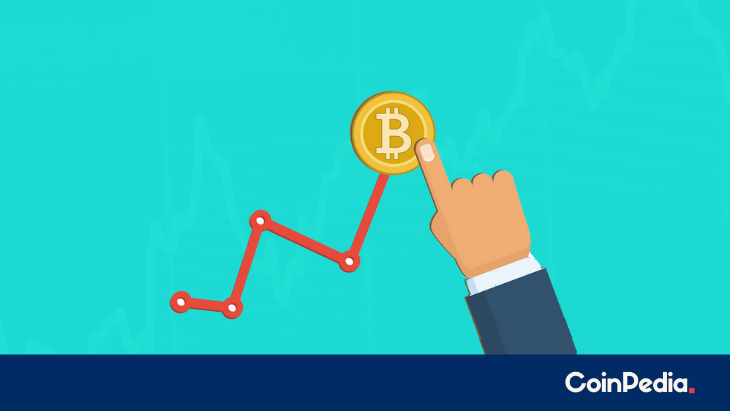 Bitcoin price has finally begun to climb back to where it was a few months ago, reaching its highest level since May. After breaking above crucial resistance of $40,000, BTC price has reached a new two-month high of $44,672.

The flagship crypto has managed to flip major resistance into support, putting it on track to break through the $45K barrier next.

Ethereum Price Approaching $3200 level ! Here’s the Next Target Levels for This Week

As for the technical indicators, On the 4-hour chart, the RSI flashes a neutral signal while the moving averages flash a buy signal.

BTC price next major resistance is at $45K, which, if it maintains its bullish momentum, will turn into support and lead to a move to $50K soon.

BTC has risen from a nearly three-month price slump driven by a downward trend. For the first time in four years, it recorded ten consecutive daily green candles.

Popular Analyst Will Clemente points that Bitcoin might replicate the last bull rally trajectory in Oct 2020. He basis his prediction on the pattern of the relationship between short-term and long-term Bitcoin investors

The analyst says, Short-term holders traded their Bitcoin holdings to long-term holders, with the latter accumulating nearly as much as the Bitcoin supply in August 2021 as they did in October 2020.

“Long-term holders now have over 66% of supply, short-term is now down to nearly 20%,” the analyst wrote. “Before the main bull run began in October, long-term holder supply reached just over 68%.”

This further reveals that the current price surged as a result of demand from investors who had no immediate plans to sell Bitcoin.