Holding Back The Bears: Why Bitcoin Must Break $22,500

Bitcoin’s bottom might not be in, but miners say it ‘has always made gains over any 4-year period’

Will BTC Flip the Bearish Blues? Here’s When and How

Top Reasons Why Bitcoin Bottom May Hit Soon and Flash a Huge ‘Buy’ Signal Ahead!

Will Bitcoin (BTC) Price Drop Below $10k in This Bear Cycle? Here’s What Peter Schiff Predicts 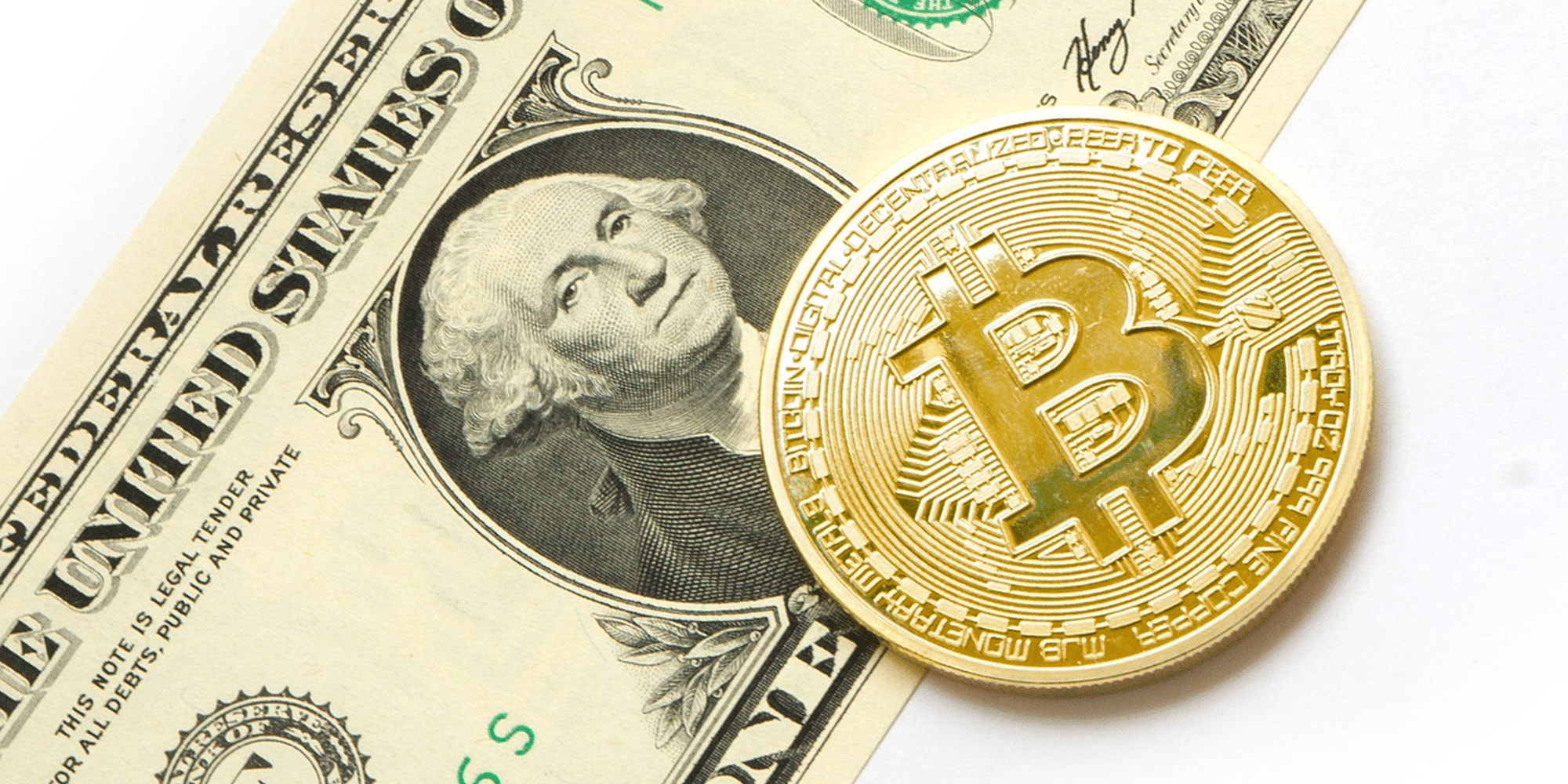 Editor’s note: Bitcoin’s price has since broken a new all-time high of $22.3k. This article is still a means to understand bitcoin price psychology, particularly in the bear market straits of 2019 when it was originally published.

Bitcoin has failed to break out into the $10,000 territory for the second week since hitting $8,000 values.

A collective of crypto market analysts strongly believe that a rally past the $10,000 mark will trigger considerable FOMO and propel the prime coin to new heights.

ThinkMarkets crypto market analyst, Naeem Aslam, is among the main proponents of this theory. Going by a newsletter sent to subscribers last week, he predicts that real FOMO would begin after bitcoin’s value hits the vital price point. According to the exec, “The bitcoin price is about to blast past the level of $10,000, recovering half of its losses from its all-time high.”

He predicted that the milestone would most probably be reached in a week or two.

Fundstrat Global Advisors co-founder, Thomas Lee, also supports the $10,000 FOMO argument. According to his explanation, the pivotal market price has only ever been sustained for a total of 3 percent of all days, meaning it is a transitional point to a major market change, in this case, a likely FOMO trigger.

Actually the point of the chart is to say “real FOMO” probably starts when #bitcoin exceeds $10,000 as that is a price level only seen 3% of all days…

Looking back, that price was a level that indeed triggered FOMO

He elaborates that the $10,000 value mark is comparable to BTC’s $4,500 price in 2017 that precipitated a sustained upward trajectory. The momentum propelled bitcoin to its all-time $19,500 peak.

Bitcoin’s value stands at $8,499 at press time. This is a loss of about 5 percent from its 12-month peak attained on May 30. Despite the brief plunge pro-bitcoin crusaders remain adamant that a $10,000 price is near.

Of course, there is a likelihood that bitcoin will trade between $7,000 and $9,000 for a while and it may take a white swan event to move BTC past $10k within the next few weeks.

Billionaire Mike Novogratz predicts that BTC will remain within the $7,000 and $10,000 threshold for some time but sheer excitement surrounding the recent upward trend may push prices higher.

Speaking to Bloomberg, he underscored that the main catalysts behind the current positive market trend include widespread acceptance of the new asset class by major Wall Street companies as well as an increase in blockchain use-cases. 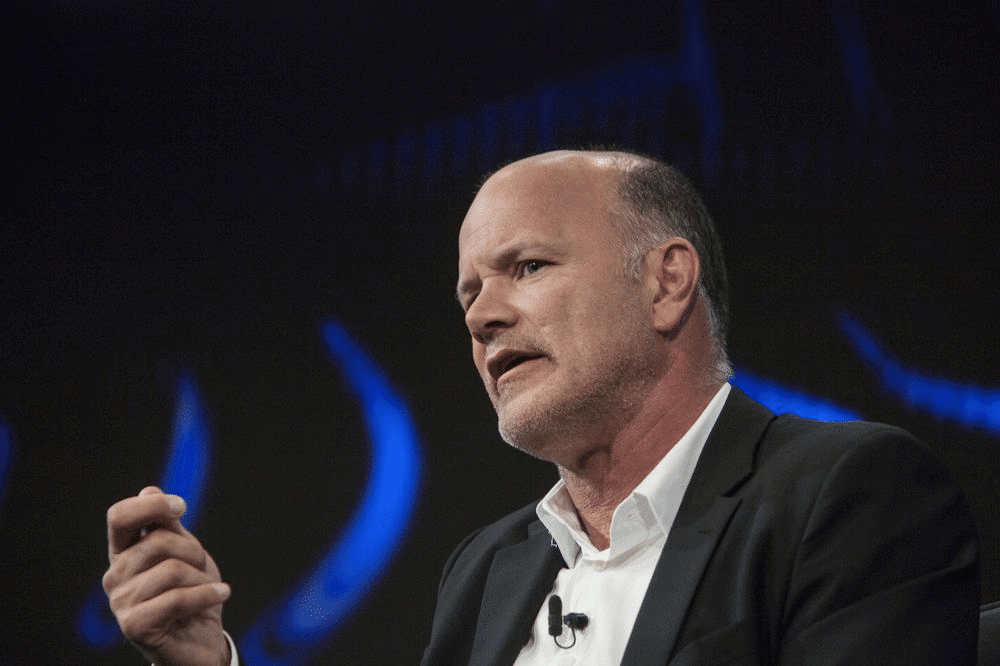 Billionaire Mike Novogratz predicts that BTC will remain within the $7,000 and $10,000 threshold for some time. (Image Credit: Bloomberg)

He cited Facebook’s rumored crypto project and Microsoft’s blockchain-powered user identity program as notable programs that are bringing major credibility to the industry.

The nascent bitcoin market is still highly volatile and susceptible to price movements caused by whales and institutionalized players who are able to make tens of millions of dollars in buy and sell orders.

The most recent price hike that occurred on April 2 led to a change from approximately $4,100 to $5,078.52 within 48 hours. It is believed to have stemmed from a single $100 million buy order sent across multiple major exchanges, subsequently pushing up prices.

As expounded on by crypto industry researcher Willy Woo, the latest price rally to $8,000 was largely orchestrated by professional market traders. This was via a tweet indicating the following.

“This last exponential rise & crash was NOT organic. We have a blockchain to show capital movements. There weren’t any. It was an orchestrated short squeeze to milk profits. That requires immense capital to buy bitcoin up all the shorts. It’s done by pros.”

This last exponential rise & crash was NOT organic. We have a blockchain to show capital movements. There weren’t any. It was an orchestrated short squeeze to milk profits. That requires immense capital to buy up all the shorts. It’s done by pros. https://t.co/58cpr00Iyh

Manipulative Strategies Used to Shift Markets in the Short Term

There are fears that algorithmic trading tools are going to be used to abuse market loopholes. This is because they have the capacity to execute fake buy orders on a grand scale. The technique, widely known as flash trading is illegal in regulated markets because it gives a false notion about the value of an underlying asset.

The main problem facing the sector right now is that there are few checks and balances and so such schemes will continue unabated.

Pump and dump strategies are also rampant. They are designed to mislead investors into buying particular assets with the suggested prospect of a huge price increase.

Industry experts are pointing to the halving episode as a crucial event that could push the bitcoin price past $20,000. The phenomenon limits the supply of bitcoins in the market by doubly increasing the mathematical complexities involved in processing BTC. This causes demand for the remaining coins in circulation to increase subsequently jacking up prices.

The next halving event is set to occur in May 2020 and will cause rewards to diminish from 12.5 coins per block to 6.25. The episode automatically occurs after every 210,000 mined blocks and right now, about 51,300 remain.

The BTC network protocol was programmed to start at a rate of 50 bitcoins reward per block. This was the rate when the network was created back in 2009. Halvening occurs after the set number of processed blocks. Today, about 17,733,563 coins have been mined.

Mining stops at 21 million according to hardcoded network parameters. The price of bitcoin is expected to increase steadily after this because of limited supply.

Only about 3 million bitcoins remain and there is no telling what the BTC rate will be especially in a few years time when scarcity increases substantially driving both demand and prices.

What is Abra? | An Investment App on the Litecoin Network