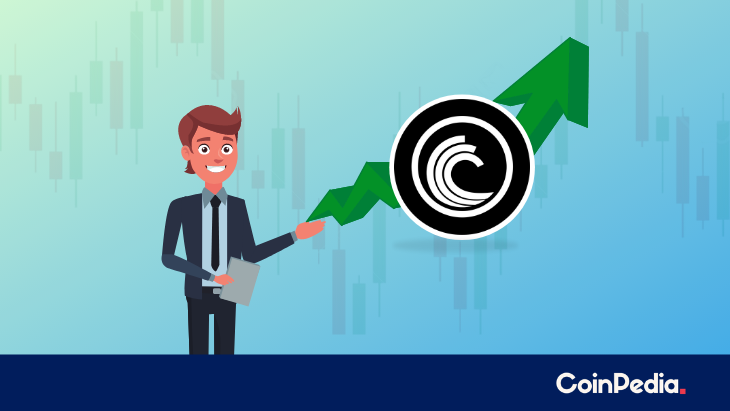 BitTorrent Price had a magnificent rally amid the bull run in March which accumulated more than 700% in less than a months time. Interestingly, the total gains since the beginning of 2021 record more than 3000%, ranging from $0.0004 to as high as $0.01. However, the BTT price has already plunged more than 400% since its peak. Despite these conditions, the price still aims for a massive upswing in the coming days.

One of the popular analysts, moon333, the price has formed a big BAT pattern in the weekly chart. The BAT pattern formed is pretty huge and hence a massive uptrend could be on the cards. The analysts predict a 500% jump in the price and if all goes well, the price may revisit the levels around ATH soon.

As mentioned in the chart put up by the analyst, a huge BAT pattern could propel the price to its highest levels. Also, the 50-day MA levels remain below the price and hence act as strong support levels. Therefore, if the price rallies according to the prediction, then a 500% jump escorts the BitTorrent price above the current ATH at $0.01426.

Why Investors Should Adopt Hybrid Finance for Their Business