Buy NEAR Protocol in India: Step-By-Step Guide For Beginners

Cryptocurrency or Stock Market: Which is Better Choice for your first Investment?

What is a Smart Contract, and How Does it Work? 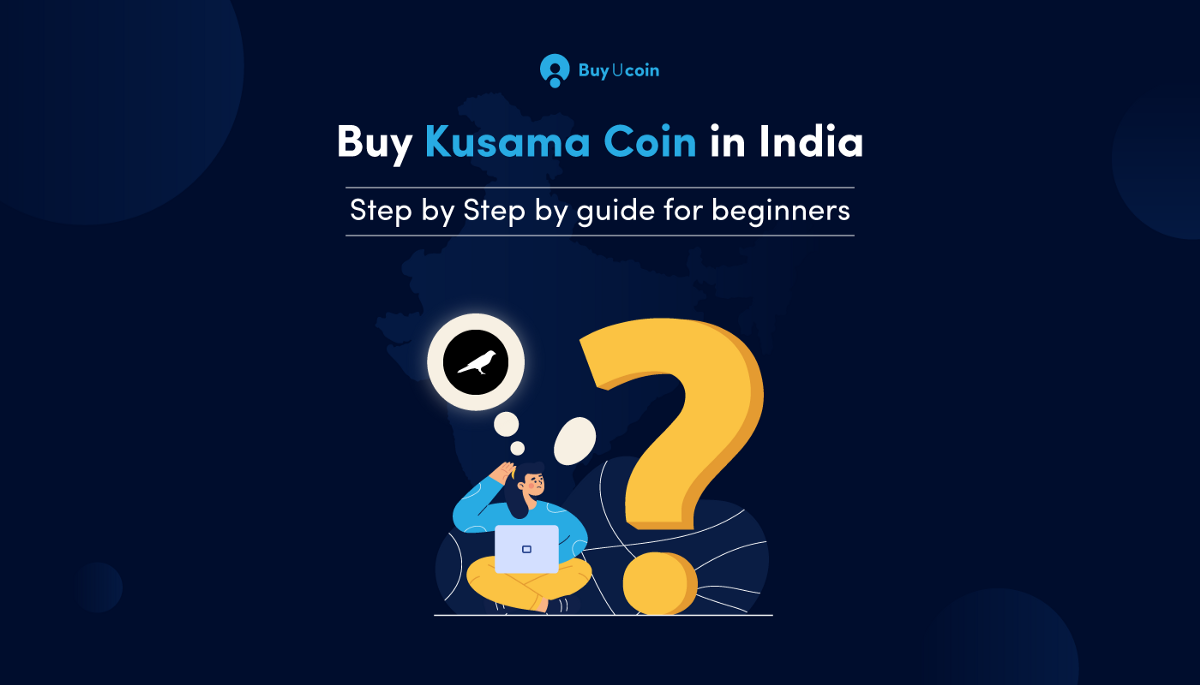 How to Buy KUSAMA Token in India?

Kusama is a sister network to Polkadot, a more well-known blockchain that was established largely to test scalability and interoperability solutions before they were deployed on Polkadot. Kusama has become a hotspot for early-stage enterprises wishing to build on a Polkadot-like infrastructure as a result of its experimental character. Kusama’s native coin (KSM) is traded on a number of major cryptocurrency exchanges. It is the Multichain Scalable Network for Radical Innovation.

Kusama is a scalable network of specialized blockchains developed with Substrate with a codebase that is virtually identical to Polkadot. The network is an experimental development environment for teams that want to move quickly and innovate on Kusama, or prepare for Polkadot deployment.

Gavin Wood, the founder of Polkadot and the co-founder and former CTO of Ethereum, established Kusama in 2019.

Society’s connection with technology has degraded to the point that major institutions habitually extend and overstep their power. Kusama is a network designed to act as a risk-taking, fast-paced “canary in the coal mine” for its relative Polkadot. It’s a living platform designed for change agents to reclaim control, ignite innovation, and challenge the status quo.

How to buy KUSAMA Token?

The simplest way to buy Kusama in India is with INR via BuyUcoin, however, you can also buy KSM in India directly on the BuyUCoin OTC Platform. BuyUcoin accepts wire transfers as well as credit card payments to purchase Bitcoin, Bitcoin Cash, Litecoin, and Ethereum.

Kusama is supported by funds from the Web3 Foundation, which was established to “nurture and steward technology and applications in the fields of decentralized web software protocols.” The Web3 Foundation, through its growth team, also assists Kusama with research and community development.

BuyUcoin is an exchange that provides buying and selling KUSAMA Coin in India as well as other cryptocurrencies. Below is a step by step guide to buying KUSAMA Coin via BuyUcoin:

A digital wallet houses your cryptocurrencies and uses blockchain technology to communicate with others. It is important to make in-depth research before you decide what one is best for you, however, there are several providers of digital wallets. Today, BuyUcoin’s the best cryptocurrency exchange in India.

For the Indian jurisdiction, KYC and AML are compulsory. Your data are secure and encrypted and stored only in Indian data centers. To complete your KYC, you are redirected to another URL. With your current selfie, please be ready. Pictures of your PAN card will be required. The mobile number connected to your Aadhar is important.

To use 2FA, the Authenticator app must be enabled on your smartphone or tablet. If enabled, any time you log in to your BuyUCoin account, you will be asked to include a 6- digit one-time password along with your email and password. This only functions when an email and password are entered. You should set up 2FA for your social media provider settings by using Facebook or LinkedIn.

Step 5-Add Bank details
Add your name credentials, the account name of the holder, and the IFSC code information.

If you want to buy KUSAMA in India, an exchange called BuyUcoin is one choice. You may even buy KSM using a credit card through an easy-to-use interface. BuyUcoin demands your ID and address when you register. This complies with anti-money laundering (AML) legislation and is familiar with your customer’s legislation (KYC).

BuyUCoin allows you to not only buy/sell Kusama Coin at the best price in INR but also in the KSM/USDT pair and more than 110+ cryptocurrencies. Because of these characteristics, it adheres to payment industry best practices and has stringent KYC-AML regulations. BuyUCoin has established itself as a market leader in the Indian cryptocurrency exchange market.

Yes, you can use regular money or any fiat currencies such as KSM-INR to buy KUSAMA Coin in India where KUSAMA Coin can be stored in your wallet with a single tap to buy or sell your desirable cryptocurrencies without any hidden transaction fees using one of India’s leading cryptocurrency exchange BuyUcoin.

BuyUcoin is a multi-currency crypto wallet where KUSAMA Coin can be stored with high-end security features where cold storage wallets are used. Hardware wallets are the most secure wallets and if you want to store a lot of wealth in your wallet it is strongly recommended because they add an extra level of safety.

Using BuyUcoin as an exchange, you may simply swap any token or coin. Whether you want to purchase Kusama in India or sell Kusama in India at the best Kusama price in INR, you can rely on Buyucoin- India’s most secure and safest platform. It is the finest Indian exchange for trading KSM to INR pairs. It is the safest, dedicated, user-friendly, and trustworthy digital exchange in India.

Kusama has gained some traction in the blockchain and cryptocurrency industries as a result of its experimental and developer-friendly approach to blockchain and application development. Though it shares many similarities with its sister blockchain Polkadot, Kusama moves at a faster speed and is open to developing cutting-edge and daring ventures of any kind.

Kusama is a proof-of-stake blockchain, which implies that KSM, the network’s native token, is incentivized to be staked for rewards. As a result, staking on Kusama has become a popular way to generate passive revenue. Staking KSM currently gives an annualized return of about 14 percent. This, however, is subject to change based on a variety of market conditions.

Nonetheless, the upside for Kusama may be limited, given that it is primarily intended to serve as a test network for the more popular Polkadot network.