Can Bitcoin Crash Below $20K? A Fractal Shows The Possibility

Exchanges Close Q3 With Massive Bitcoin Outflows, Why A Rally Is On The Horizon

Here’s Why Bitcoin Longs are Vulnerable to a Washout, Will This Impact the BTC Price?

Are You Ready For ‘Uptober’? Is it Time for a Bitcoin (BTC) Price Rally? 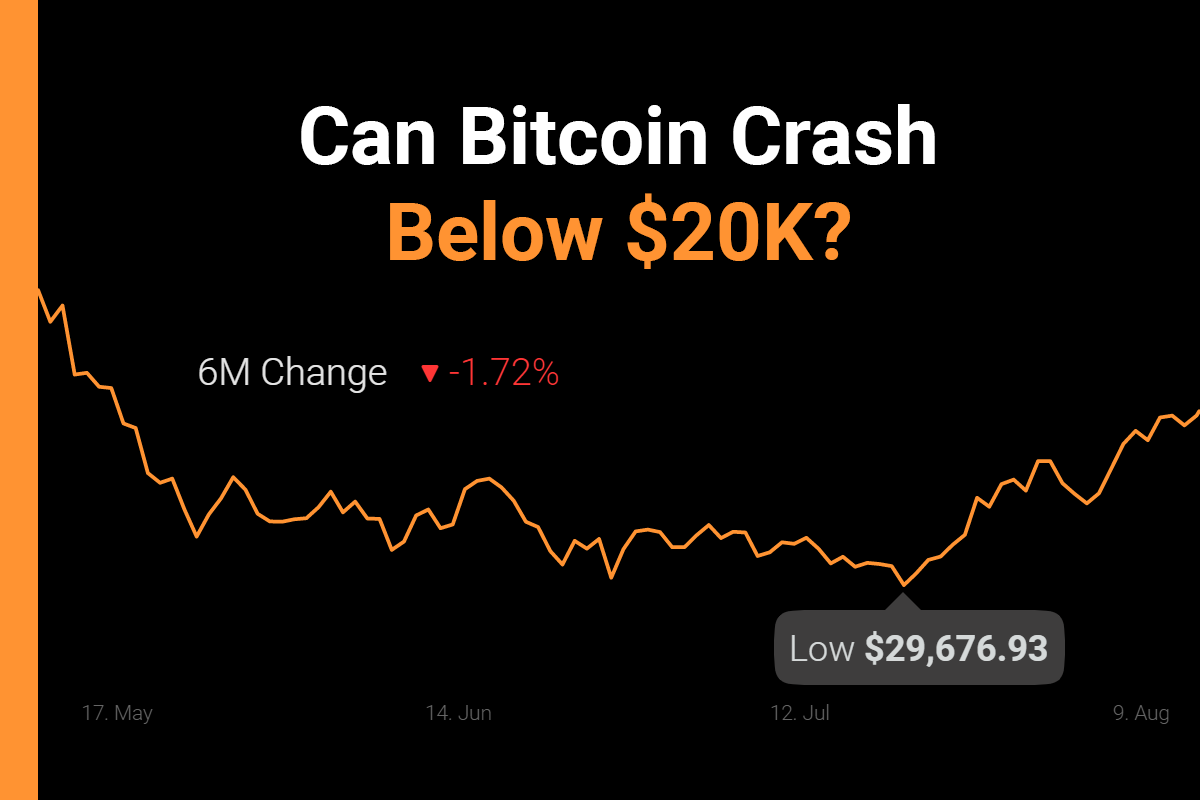 A recent run-up in the Bitcoin markets has pushed its spot prices from below $29,000 to as high as $46,781 on the Coinbase exchange.

The 59.65% upside move has cheered bulls across the crypto-sphere, with some anticipating that the Bitcoin price could easily surpass $100,000 by the end of 2021. But despite all the bullish outlooks, the flagship cryptocurrency continues to face downside risks, primarily because its current uptrend has appeared during a massive downside correction.

In detail, Bitcoin reached its record high near $65,000 in mid-April 2021. The cryptocurrency achieved the mettle after posting a 1,582% bullish rally that started in March 2020. Excessive US dollar liquidity coupled with lower interest rates contributed heavily to push the Bitcoin prices higher.

That was primarily because of the cryptocurrency’s safe-haven narrative that prompted investors to treat it as a hedging asset against traditional insurance assets, which included the US government bonds and the dollar itself.

The factor that attracted investors to Bitcoin was its scarcity. Due to a pre-programmed algorithm written into Bitcoin’s source code, there can never be more than 21 million tokens in a lifetime. Atop that, the active supply rate gets cut in half every four years.

As a result, Bitcoin tends to behave as a digital version of gold, a traditional hedging asset. And since it is a faster and a more compact alternative to the precious metal, analysts including PlanB, Paul Tudor Jones, and others believe that it would eat away a good chunk of the Gold market in the future.

It explains why institutional and retail investors flocked into the Bitcoin market in 2020 and so far in 2021. While on the one hand, the US Federal Reserve kept injecting trillions of dollars worth of liquidity into the economy via $120 billion a month bond-buying and slashed benchmark lending rates to zero, thus creating excess dollar liquidity, Bitcoin served as a scarcer alternative to the greenback.

But Bitcoin’s supersonic price rally between March 2020 and April 2021 also created avenues for traders to secure extremely higher profits. That caused a flurry of minor corrections during its uptrend. Nonetheless, in May 2021, one large sell-off threatened to end the bullish cycle.

A string of negative developments led by Tesla CEO Elon Musk’s criticism of Bitcoin’s increasing carbon footprints and a ban on all sorts of crypto activities in China triggered a massive sell-off in the market. As a result, Bitcoin fell to $30,000 on May 19, 2021.

Many analysts predicted an extended decline, with targets hovering between $13,000 to $25,000. Nonetheless, Bitcoin bulls held the $30,000-support level strong for weeks, albeit losing it briefly a couple of times and, therefore, prompting the crypto prices towards $29,000.

But on July 19, a big rebound happened, as Elon Musk took to his social media to undo his Bitcoin FUD. The billionaire entrepreneur, who remains exposed to $1.3 billion worth of Bitcoin via his firm Tesla, recognized recent efforts to curb the cryptocurrency’s carbon footprints.

“It turns out shrimps (holders of less than 1 BTC) control the mid and late stages of bull markets,” Woo said.

“In the chart above, we can clearly see shrimps bought the COVID dip and this current dip very aggressively. Their buying volume continues to climb as this bull market matures, with no bear market on the horizon using this lens.”

But Is It Sustainable?

Bitcoin underwent similarly supersonic bullish rebounds during their 2018 and 2019 corrections. For instance, the cryptocurrency bounced by as much as 100% while trending lower in 2018 but resumed its downtrend later. The same happened in 2019-2020.

Each time, the Bitcoin bear market exhausted itself near a technical support level: the 200-week exponential moving average (200-week EMA; the orange wave). A rebound ensued, and the cryptocurrency rallied to form another all-time high.

Each dropdown also consists of potential horizontal and resistance levels that came as a part of Fibonacci retracement graphs. In detail, we have drawn these graphs from the local bullish top to the swing low of 200-week EMA.

However, there is a brighter takeaway. In 2018, the prices crashed because of the initial coin offering bust. In 2019, it fell due to uncertainties around the Facebook Libra project and a civil war between two Bitcoin Cash camps, eventually leading to the creation of a rival Bitcoin SV.

2021 is different. Bitcoin’s current rally has solid fundamental backstops (read inflation). If that sits well in investors’ conscience, the cryptocurrency might break the spell of retesting 200-week EMA during bear markets.