Why This New NFT Integration May Be What Cardano Needs To Break $0.6

Cardano Vasil Hard Fork On The Horizon, Will ADA’s Price React To The Upside?

Most consequential Cardano upgrade since smart contracts readying for launch

Vasil Upgrade for Cardano Network Postponed Until End of July 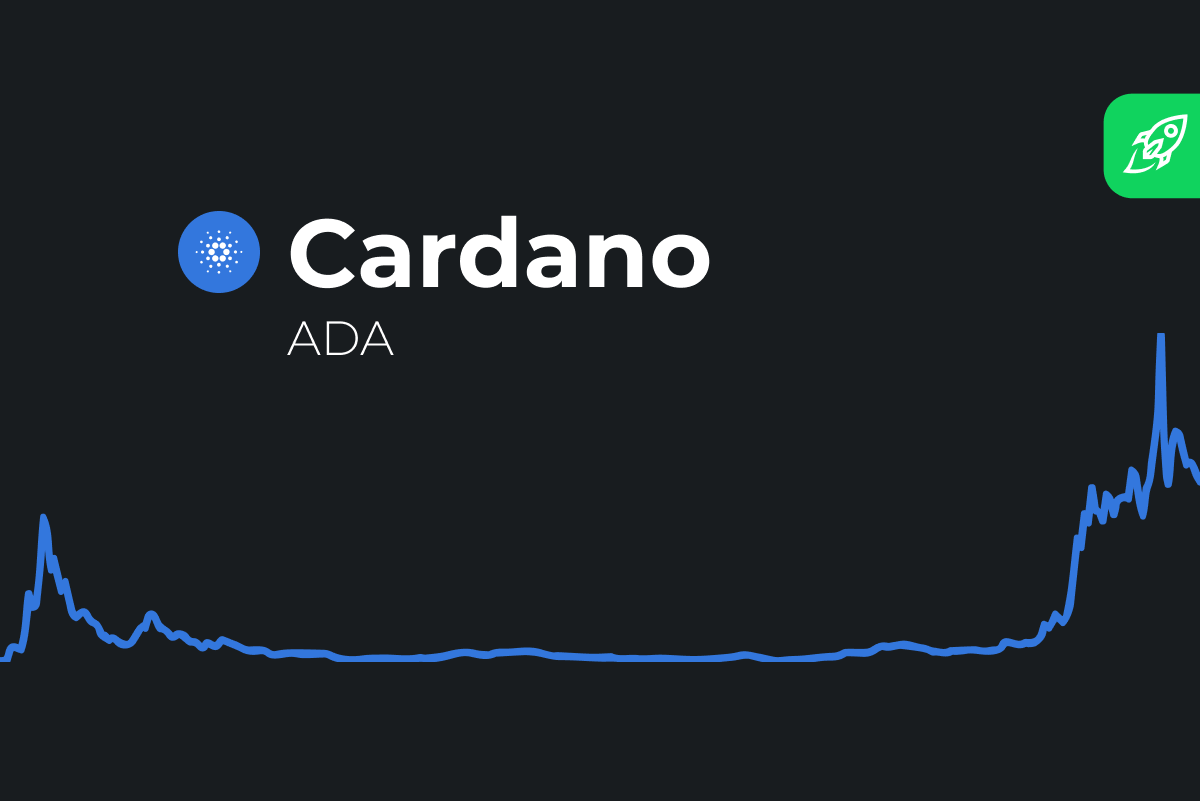 Cardano (ADA) is the native token of a proof-of-stake blockchain that goes by the same name. The project states that its ultimate goal is to give innovators and visionaries a platform that will help them make the world a better place. To accomplish this, Cardano’s team is building an interoperable and scalable multi-asset ledger with a platform for verifiable smart contracts. If you want to learn more about this innovative cryptocurrency, you may like to check out this article.

ADA is currently ranked 5th by market capitalization, so it is undoubtedly a cryptocurrency many people are interested in and has great growth potential. Let’s look at Cardano price predictions for the coming years.

First, let’s analyze Cardano’s recent price history. Just like other cryptocurrencies, the coin was affected by the crypto market boom in early 2021, going from $0.13 to $1.3 in just two months. The coin’s price hasn’t dropped below $1 since – and even rose 15% in mid-May following an announcement of a smart contract rollout called Alonzo. Afterward, however, ADA went through the same correction the whole market did, dropping back to its February-March levels.

Making short-term price predictions is easier than making long-term ones, but with how volatile crypto is, there’s still no way to be 100% sure about anything. We’ve all seen one tweet send the market into a lengthy decline…

Read also: What is Dogecoin?

With that out the way, let’s continue on to Cardano price predictions. First up, the end of this summer. Since ADA is currently posting a lot of product updates and is rolling out new features, it is very possible that its prices will rise in the next few months. However, the trading volume for the whole crypto market has been in a steady decline since the late spring of 2021, and Cardano is no exception.

All these things considered, we think that Cardano ADA price may drop in August 2021, but it won’t be a total crash.

Cardano Price Prediction December and at the End of 2021

Once again, it is near impossible to make a 100% accurate prediction when it comes to the crypto market. That said, we think that Cardano ADA price stands to rise by the end of 2021. We think that the current correction may be over by then, and it is possible that the coin’s team may announce a new feature. If that happens, then the coin’s price is sure to rise.

Cardano’s price in 2022 will depend on a wide variety of factors, like the general situation on both the crypto market and in the global economy, or the state of other cryptocurrencies that can be seen as ADA’s main competitors, like QTUM or WAVES.

Wallet Investor predicts that ADA will be around the $2.5 mark for most of 2022 – which is rather optimistic considering the coin is currently hovering around $1.3.

Cardano Price Prediction at the End of 2022

Several experts expect ADA price to reach up to $4 by the end of 2022. While we think this is rather optimistic, we can’t deny that it is possible.

CoinDesk says that it’s even possible for ADA to smash its previous ATH and reach $5.17 – especially if ecological concerns become an even more prominent topic in the crypto community. However, they also point out that usability concerns may drive some investors away from the coin, and cause its price to not move past the $3.99 mark in 2022.

CoinSwitch predicts that the price of ADA will reach $3. Wallet Investor, on the other hand, is more optimistic, forecasting ADA’s price to reach at least $4.6 in 2025.

On the other end of the spectrum, there is Trading Beasts, which expects ADA to not gain much in the next 4 years and predicts that it will have an average price of $1.25 by 2025.

The more long-term the investment, the harder it is to predict its outcome. However, Cardano has a lot of things going for it. It has good adaptability to change, a solid roadmap, a dedicated and talented team behind it, and it is eco-friendly. All these factors mean it’s here to stay. While it is impossible to predict the exact price ADA will have in 2040 and beyond, we think it is a good long-term investment.

Everything we said above applies to 2040, too. We think that it is likely that ADA’s price will continue to rise and may even reach the $15 mark in 2030 – that is, of course, if cryptocurrencies don’t become obsolete by then and get replaced by some new technology.

Experts over at Investor Cube are predicting that Cardano ADA is up for a big break. They say that the key support and resistance levels to watch at the moment are $1.002 and $1.68. Digital Coin Price also has an optimistic outlook, forecasting that ADA can reach a price of up to $3.97.

As you can see, there are as many predictions and opinions as there are experts. Still, the majority seem to have an optimistic outlook in both the short and long term. At the end of the day, you should follow the main advice we always give beginner investors – DYOR, do your own research – and decide for yourself if ADA is a project you want to invest in.

Why is Cardano so Cheap?

Cardano’s price is rather low, but its supply is high, which allows it to have the market cap that it has. The maximum number of ADA coins that will be issued is 45B. 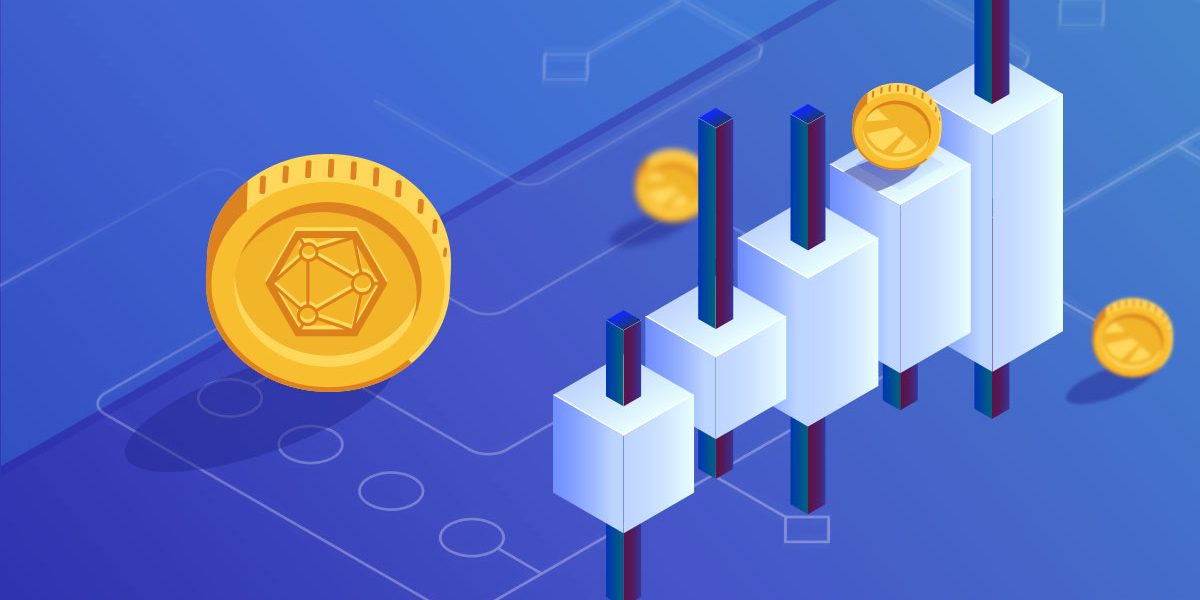 Market capitalization is a true sign of value, so it matters more than the price of a single coin – and Cardano’s market cap is high. You simply have to own more ADA to have $1000 worth of it in your wallet – but the value of it will stay the same, no matter whether you got it by buying 10 ADA or 100.

Technically, everything is possible. In reality, however, it is highly unlikely that ADA price will ever rise that high. If ADA’s price reached $20 with everything else unchanged, it could’ve taken over Bitcoin by market capitalization. In order for ADA to reach such high numbers, either the whole market will need to experience an astronomical rise the likes of which we’ve never seen before, or the coin itself will have to get a one-way ticket to the moon by being officially recognised as a currency by an economically powerful country like the US or China.

Does Cardano Have a Future?

Cardano’s team plans on implementing all the best features of other cryptocurrencies. That tells us two things: first, this blockchain is unlikely to become outdated and thus fade into obscurity, second, both its team and the chain itself have good adaptability to change, which is a very good quality to have in such a rapidly changing and evolving industry as crypto.

Is Cardano a Good Investment?

Cardano may not be as hyped as some other cryptocurrencies like DOGE or BTC, but this coin has a solid team behind it and has stayed on top despite many challenges that the industry has faced in the recent years. It has seen steady growth over the past few years and, as we have seen above, stands to rise even higher. Based on this, it is a good investment.

Can Cardano make you a millionaire?

There’s no sure way to say what Cardano will be worth in 2025, however, we can make some general predictions. Crypto has been receiving more and more hype recently, and even if it fades, the current boom in popularity has certainly introduced many faithful HODLers and investors to the market. We always say that for mass adoption to happen, people need to be educated about crypto – and the recent hype is very likely to have introduced quite a lot of people to crypto and blockchain.

If positive trends continue, and ADA’s team sticks to its plans and ideas, then Cardano has a chance to reach at the very least $3 by 2025.

Is Cardano better than Bitcoin?

There’s no “better” when it comes to cryptocurrencies. They’re all different and serve different purposes. That said, Cardano has ambitious plans for new feature implementation and is highly technologically advanced – but so is Bitcoin, of course. One solid advantage ADA has over BTC right now is that it is more eco-friendly. However, in the end, only you can decide which crypto is the best for you.

If Cardano’s price reaches $20 and Bitcoin’s price remains the same, then it can potentially replace BTC as the number one cryptocurrency by market cap. But it is highly unlikely that Cardano, or any other crypto for that matter, will ever replace Bitcoin in terms of cultural and technological impact, popularity, and arguably even significance.

Any investor should research multiple viewpoints and be familiar with all local regulations before committing to an investment. Website personnel and the author of this article may have holdings in the above-mentioned cryptocurrencies.

Bitcoin Is Absurd, Part I: Volcano Mining And The Banana Republic