Cardano Price Is Moving Towards This Huge Target Level. How High Will ADA Skyrocket?

Where and How to Buy StormX [Step-By-Step Guide]

Ripple VS SEC Verdict May be on the Horizon! Here’s What to Expect

How to Buy Chiliz (CHZ)

Top Reasons Why XRP Is Your Best Bet For 2023

Is Altcoin Season in December? These Altcoins May be the Best Bet For Traders

Tamadoge Price Prediction for the 25th of November: TAMA Bulls Preparing for a Strong Move

Solana (SOL) Price May Reach its Etermity! Will the Bulls Still Remain Detached?

Tamadoge Price Prediction for the 22nd of November: TAMA Is Bouncing Back 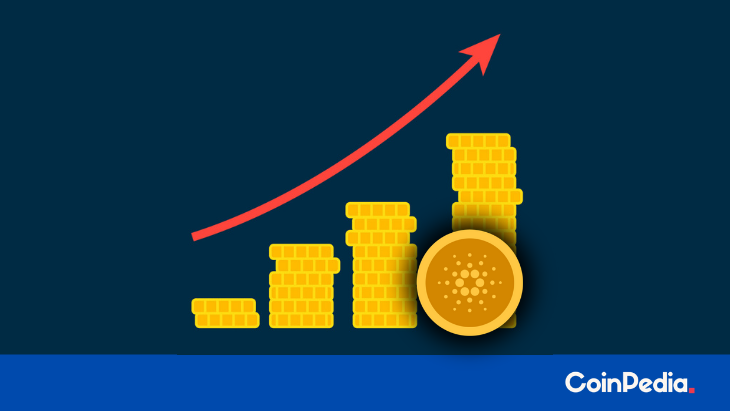 Cardano’s popularity grows with each passing day, and the figures appear to go beyond basic price and transaction volume. In reality, the cryptocurrency’s growing user base and individual participation both demonstrate its progress.

This is a prediction that is based on more than simply guesswork. This number is not implausible, according to Crypto Capital Venture‘s latest video, because Cardano’s market capitalization could possibly expand 10 times, putting the altcoin’s worth at $15. According to the analyst, Cardano’s 10x to roughly $500 billion market cap is far more likely than Ethereum’s 10x to around $3 trillion market cap.

There are a few solid arguments in support of this claim. Take, for example, the rise in staking on the Cardano blockchain. As of the present, about $31 billion in ADA has been staked. This constituted 71.6 percent of ADA’s total supply at the time of writing. Furthermore, the number of addresses having staked addresses has increased by 11% in just one month, to 680,701.

Its price behavior mirrored these fundamentals as well. The altcoin appears to be in the midst of a bull market, according to Crypto Capital Ventures. Cardano’s trajectory appeared to be quite similar to Ethereum’s bull market in June 2017 on the daily chart.

Cardano appears to be in a similar phase at the present, as all fingers point to an increase in ADA. The forthcoming bull market occurs to be a probability based on on-chain data, analytics, and proofs. This bull market has pushed the price of ADA about 14,000 percent higher, and institutional interest appears to be expanding.

Grayscale just said that Cardano will be added to its portfolios alongside Bitcoin and Ethereum. This reveals a lot about Cardano and its future, but only time will tell how much of it comes true.

Bragg Appoints Looney as CCO To Execute US Expansion