CFTC Is Suing a DAO. Here’s Why DeFi Users Should Be Alarmed 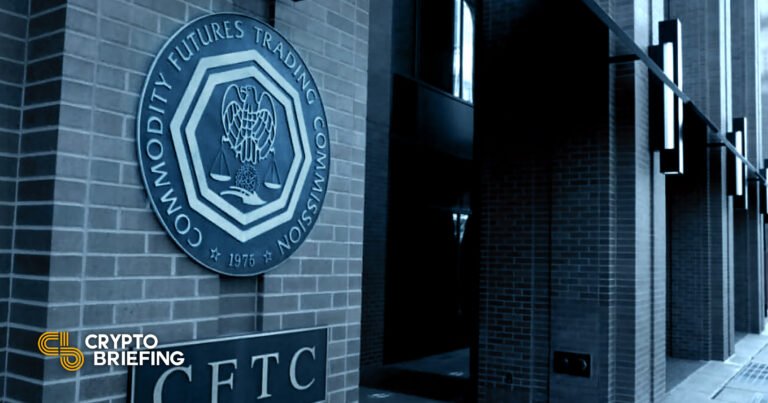 In the lawsuit, the Commodity Futures Trading Commission claimed that “DAOs are not immune from enforcement and may not violate the law with impunity.”

The Commodity Futures Trading Commission has launched a controversial attack on a DAO, and it could have serious consequences for DeFi.

In a Thursday press release, the U.S. government agency announced that it had simultaneously filed and settled charges against the former operators of the bZx Protocol (later renamed to Ooki Protocol), bZeroX, LLC, and its founders, Tom Bean and Kyle Kistner. The CFTC also filed a federal civil enforcement action against Ooki DAO.

In the settlement, the CFTC argued that by designing, deploying, and marketing the bZx Protocol—a decentralized smart contract-based protocol for margin trading—without registering with the agency, the defendants illegally operated a designated contract market (DCM), engaged in activities only registered futures commission merchants (FCM) can perform and failed to conduct mandatory know-your-customer (KYC) diligence on the platform’s users.

The CFTC also filed a federal civil enforcement action against Ooki DAO—a decentralized autonomous organization that subsequently assumed governance control over the Ooki Protocol—under the same charges. This case is significant because it marks the first time a regulatory agency has sued a DAO and because the legal implications of the CFTC winning the case could set a terrible legal precedent for governance token holders of other crypto projects, including many DeFi protocols.

In the lawsuit, the CFTC defined Ooki DAO as an “unincorporated association” comprised of BZRX token holders “who vote those tokens to govern (e.g., to modify, operate, market, and take other actions with respect to) the bZx Protocol.” The agency claims that the bZx founders, Bean and Kistner, transferred control over the protocol to the community in an attempt to skirt regulations. It said:

“A key bZeroX objective in transferring control of the bZx Protocol (now the Ooki Protocol) to the bZx DAO (now Ooki DAO) was to attempt to render the bZx DAO, by its decentralized nature, enforcement-proof. Put simply, the bZx Founders believed they had identified a way to violate the Act and Regulations, as well as other laws, without consequence.”

“The bZx Founders were wrong, however,” the CFTC concluded, claiming that “DAOs are not immune from enforcement and may not violate the law with impunity.”

The Implications for DeFi Token Holders

By labeling the DAO as an unincorporated association, the CFTC has effectively stated that its members have unlimited liability and are fully responsible for any of its actions. This argument is especially concerning given that the regulator didn’t care that the Ooki Protocol is a decentralized, non-custodial protocol powered by smart contracts. As such, it can’t comply with the existing regulations designed for centralized financial entities, nor can it be shut down by DAO members or any other party.

The CFTC winning the case in court would establish a legal precedent that could make it much easier for the agency to target other decentralized derivatives trading protocols like Synthetix, GMX, dYdX, Injective, Gains Network, and Perpetual Protocol. If that ever happens, then SNX, GMX, DYDX, INJ, GNS, and PERP token holders that have voted on any governance proposals could become liable and subject to prosecution for the protocol’s potentially illegal operations.

Several prominent figures in the crypto community have slammed the CFTC over the lawsuit. According to the general council and head of decentralization at the renowned venture capital firm Andreessen Horowitz, Miles Jennings, the critical issue with the CFTC’s case is that the agency “is trying to apply the [Commodities Exchange Act] to a protocol and DAO at all.” Passed in 1936, almost half a decade before the Internet was invented, the CEA was designed to regulate commodities and derivatives trading on centralized marketplaces and therefore can’t—in its current form—be suitable for regulating software-based non-custodial trading platforms.

The CFTC’s bZx enforcement action may be the most egregious example of regulation by enforcement in the history of crypto. We’ve complained at length about the SEC abusing this tactic, but the CFTC has put them to shame. Read Comm’r Mersinger’s dissent: https://t.co/0T3l3y79H7

Jake Chervinsky, lawyer and head of policy at the Blockchain Association, said that the move “may be the most egregious example of regulation by enforcement in the history of crypto.” He added that “we’ve complained at length about the SEC abusing this tactic, but the CFTC has put them to shame.”

In light of its many negative experiences with the Securities and Exchange Commission, the crypto industry largely embraced the DCCPA as a bill that could get the securities regulator off its back and introduce some much-needed regulatory clarity. With its most recent enforcement action, however, the CFTC seems to have erased any goodwill it had previously earned from the industry’s stakeholders and prompted public dissent from one of its own commissioners, Summer K. Mersinger.

Notably, commissioner Mersinger published a dissenting statement opposing the CFTC’s strategy in the Ooki DAO case. Specifically, he took issue with the agency’s approach to determining liability for DAO token holders based on their participation in governance voting. “This approach arbitrarily defines the Ooki DAO unincorporated association in a manner that unfairly picks winners and losers, and undermines the public interest by disincentivizing good governance in this new crypto environment,” he said.

Furthermore, Mersinger argued that the approach didn’t rely on any legal authority granted in the CEA or relevant case law, represented undesirable “regulation by enforcement,” and ignored well-established precedent for determining liability in similar violations.

Commenting on the issue on Twitter, the former associate deputy attorney general at the Department of Justice and current director of global regulatory matters at ConsenSys, William Hughes, said that “a court has to agree with the CFTC for these theories about DAO liability for a token to be meaningful.” He added that it’s “not going to be easy” for the CFTC to convince any court, suggesting that the lawsuit may not be as alarming as it first appears.

It’s apparent that the CFTC’s arguments stand on rather shaky ground, and the agency will likely struggle to win the case in a landslide—assuming adequate defense from Ooki DAO. If the CFTC loses the case, that should set a very promising legal precedent for DAOs and governance token holders.

Disclosure: At the time of writing, the author of this feature owned ETH and several other cryptocurrencies.

The Dollar Is at a 20-Year High. That’s Bad News for Bitcoin