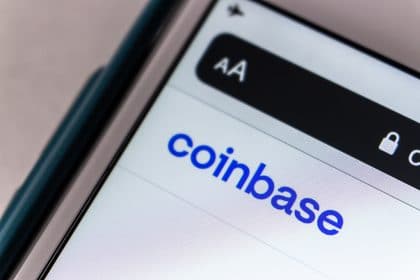 Founded back in 2018, Zabo provides developers with an application programming interface (API) to connect to any cryptocurrency exchange, digital wallet, protocol, or account seamlessly.

Coinbase Global Inc (NASDAQ: COIN) stock closed Wednesday trading at $224.36, 6.16% higher than the opening price. However, COIN stock had retracted approximately 1.66% during today’s premarket trading session before gaining 2% when the market opened today. Although several factors contributed to yesterday’s pop, among them is the announcement of the Zabo acquisition. Notably, Coinbase announced the strategic acquisition of Zabo, however, it did not disclose the transaction details. As a result of the acquisition, Zabo’ score team comprising up to 10 members will be joining Coinbase.

“We’ve been lucky to know multiple folks on the Coinbase team for years,” said Christopher Brown, the other co-founder. “We saw that there were amazing opportunities to work together, which led to us officially joining forces.”

Founded back in 2018, Zabo provides developers with an application programming interface (API) to connect to any cryptocurrency exchange, digital wallet, protocol or account seamlessly.

Both companies have a similar objective of bringing the cryptocurrency industry to the mainstream market. However, Coinbase has been working towards widening its revenue collection avenues as competition grows in the crypto industry.

Moreover, its stock market has significantly depreciated since going public during the first half of the year. However, most of its investors remain optimistic in the future growth prospects, including Ark Invest led by Cathy Wood.

The acquisition is strategic as Coinbase seeks to venture into more crypto-related businesses. Furthermore, Zabo has been perfecting its services for the past three years. “Over the last three years, with the help of our amazing team, customers, investors and partners, we succeeded in establishing the Zabo API as the world’s most powerful tool for connecting to any crypto exchange, wallet, protocol or account,” noted Christopher and Alex, Co-Founders at Zabo.

Notably, Zabo raised $2.5 million last year to grow exponentially in the cryptocurrency industry. A year later, the investment has paid off after the acquisition by Coinbase.

Coinbase has a reported market valuation of approximately $48.4 billion with 141.79 million outstanding shares. The valuation has given the company a chance to make more acquisitions in the past few months. Notably, the crypto exchange has in the recent past acquired Tagomi, a crypto exchange firm, and Skew among others.

A financial analyst who sees positive income in both directions of the market (bulls & bears). Bitcoin is my crypto safe haven, free from government conspiracies.
Mythology is my mystery!
“You cannot enslave a mind that knows itself. That values itself. That understands itself.”