According To BuyUcoin, Five States Would Contribute More Than ₹830 Crore To Crypto Investments In…

Need to Know all about Crypto week 2021 — BuyUcoin 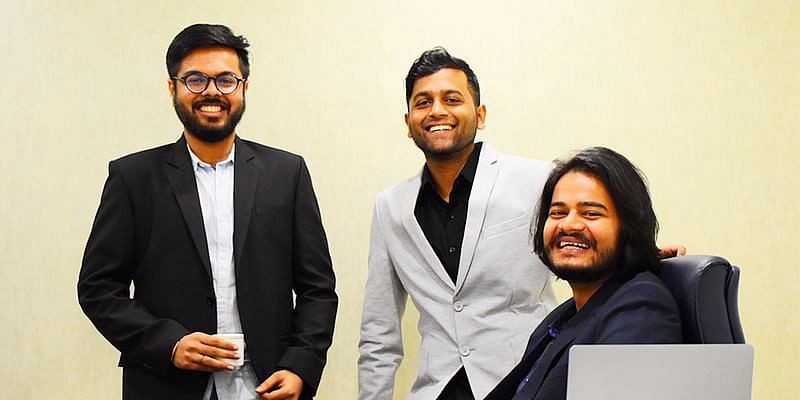 “Our mission is to bring Crypto to the millions of Indian pockets,” says Shivam Thakral founder of BuyUcoin

BuyUcoin’s founders have a monumental task: to establish India’s most prominent Cryptocurrency Exchange.

While still in college, engineering batchmates Shivam Thakral, Devesh Aggrawal, and Atulya B began developing a cryptocurrency exchange and founded BuyUCoin in 2016. Since then, the exchange has seen over one million customers and $800 million in transactions.

Back in 2015, when the co-founder of cryptocurrency exchange BuyUcoin Shivam Thakral was still a student at Harcourt Butler Technical University in Kanpur, he would frequently take on freelancing website development tasks from abroad clients. That same year, a client inquired about accepting Bitcoin payments.

Unaware of what that meant at the time, Shivam looked it up and realized he could accept Bitcoin from the client and liquidate it in order to receive INR in his Indian bank account. He agreed to accept his payment in Bitcoin, and Shivam received it in less than six hours — far faster than the five-to-seven-day time period typically required for foreign payment transactions in fiat currency.

The engineer also saw that there were not many Indian companies actively involved in the crypto area.

This led him to launch and create BuyUcoin, India’s first multi-cryptocurrency exchange situated in Delhi-NCR, where merchants and consumers can simply transact in — buy, sell, and trade — or store Bitcoin, as well as several altcoins such as Ethereum, Ripple, and others.

Shivam created a “simple website” where customers may purchase and trade Bitcoin in just nine days. Shivam addressed several of his engineering college batchmates with this website as his minimal viable product. Two of them, Devesh Aggrawal and Atulya B, were particularly interested, and they co-founded BuyUcoin in 2016 while still in college.

Elaborating on what their journey has been like and the market opportunity going forward, Shivam told YourStory Founder and CEO Shradha Sharma,

“We have witnessed extraordinary highs and lows in our journey over the last five years, from the highs of the 2017 crypto bull-run to the lows of the period following the RBI ban on crypto trading to the more recent Supreme Court judgement lifting the restriction. So this industry is here to stay, will continue to evolve, and will become the next big brand in finance.”

The fundamental differentiator is simplicity

BuyUCoin, which was founded five years ago, is now one of the largest Indian cryptocurrency exchanges, with over one million traders and holders investing in over 130 cryptocurrency pairs such as BTC-INR, ETH-INR, and DOGE-INR, among others.

However, the trio faced hurdles in the early years of developing the product because the Indian market was still in its infancy, with no meaningful playbooks to refer to.

“Now, constructing a crypto exchange appears easy,” adds co-founder and CTO Devesh, who created the platform from Shivam’s website. However, when we first started, we found it difficult to collaborate with service providers and had to construct the platform ourselves, with no team or assistance. We had no payment methods until 2018, and had to rely on direct bank transfers.”

Nonetheless, BuyUCoin’s co-founders worked hard early on to develop product differentiators. Their major objective was to provide simplicity so that customers could quickly buy, trade, manage, or store their bitcoins on an intuitive and safe site.

“Some Indian exchanges mimicked global exchanges by displaying the real-time order book to investors. However, we wanted to keep our interface basic and intuitive by not displaying the order book to users. Rather, we displayed a single rate at which an investor could purchase a specific cryptocurrency, and the customer could complete the transaction with the click of a button,” Shivam adds.

According to the owners, the function helped BuyUCoin acquire two lakh members by March 2018, and after seeing this traction, other exchanges began to implement such a feature as well.

The business model of BuyUCoin consists of two channels: percentage-based commissions on transactions and margins on quick and fast deals.

“The first is shared by all exchanges. We get paid a commission on all transactions between buyers and sellers. The second involves a tiny margin on cryptocurrency trades on our OTC platform, and the trader is shown the final transaction amount inclusive of our margins. “This second channel accounts for 80 percent of our traction,” Shivam continues.

The BuyUCoin OTC platform enables investors and dealers with significant trades beyond the boundaries of open order books to buy and sell cryptocurrency. Its OTC Desk facilitates high-volume trades with simple, quick, and secure settlements, and the startup’s OTC agents offer highly customized services to their clients.

In preparation for an increase in trading volumes, which has previously caused crypto exchanges to fail, BuyUcoin is scaling its infrastructure as well as its customer support services.

“In order to establish a scalable cryptocurrency exchange that never crashes, our support systems must likewise be scalable. As a result, we established systems that allow our support and operations teams to operate efficiently alongside the exchange. We are also developing a self-help mechanism in which clients may use their transaction IDs to verify the status of their deposits and withdrawals without submitting a ticket,” Devesh says.

Growth in the face of regulatory uncertainty

BuyUCoin is participating in an Indian crypto business that has been revitalized by a recent RBI clarification that its 2018 circular prohibiting banks from dealing in “virtual currencies” is unlawful and will no longer be cited after it is overturned by the Supreme Court in 2020.

The cryptocurrency industry applauded the RBI’s comments, interpreting it as support for the use of bank accounts for such transactions.

“Previously, banks would show us the 2018 circular even though it had been kept away. It was tough to collaborate with them because of this. With the latest clarification, we are now more confident when speaking with banks. However, for user deposits and withdrawals, we do not engage with banks directly. Instead, we work with payment gateways, aggregators, and processors who interact with banks directly. One such example is Mobikwik.” — says Shivam

Last year, BuyUCoin established a partnership with Mobikwik to link the fintech startup’s payment gateway service with the crypto exchange platform, allowing Mobikwik to be used as a payment method. This means that Mobikwik users can now buy cryptocurrencies directly on BuyUCoin using money from their Mobikwik wallets.

Despite the new RBI explanation, it is still unclear whether the RBI has approved the operation of bitcoin (the legislative bill titled “The Cryptocurrency and Regulation of Official Digital Currency Bill, 2021,” is still pending in the Parliament).

Nonetheless, blockchain innovation and crypto trading are gradually becoming mainstream in India, and exchanges such as BuyUcoin, and others are ready to benefit from the flow of new investors and traders.