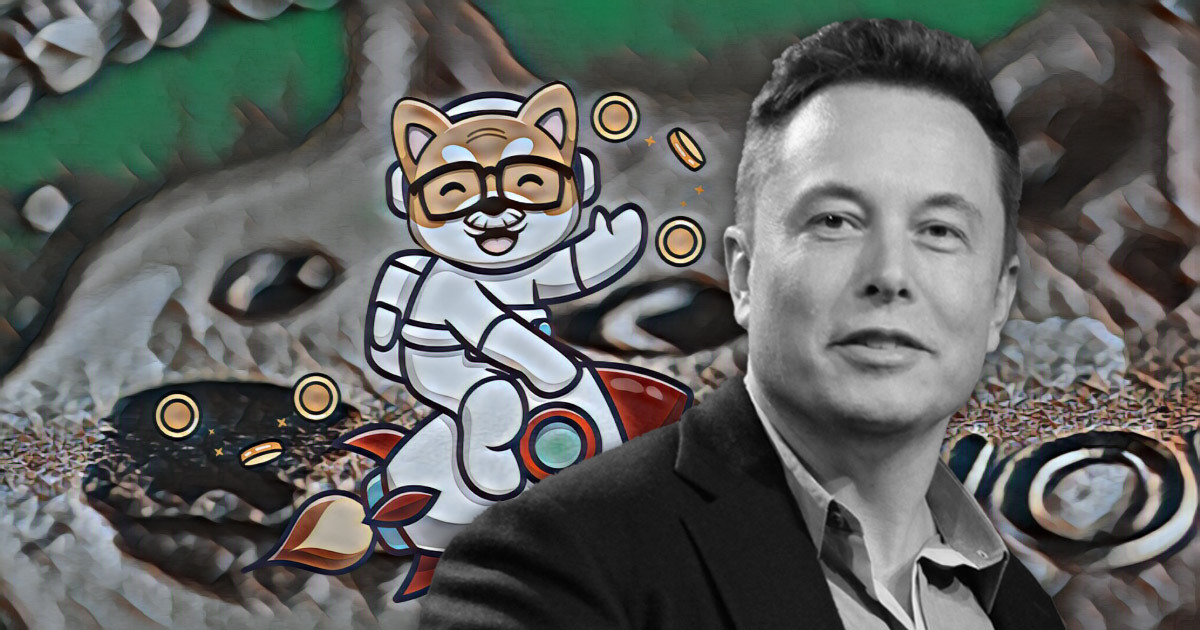 Videos that feature Tesla’s owner Elon Musk shouting “Daddy Doge” before getting into a car ended up pumping the new meme token’s value 798.5%.

This month has witnessed plenty of dog meme token action thanks to the notorious crypto influencer’s voice.

Earlier this week, after his court appearance in a case related to Tesla’s $2.6 billion acquisition of SolarCity, Musk got shouted at by a person from the crowd, inquiring about his first day of trial impressions:

“Daddy Doge,” Musk answered the persistent fan as he was getting inside a parked vehicle and apparently this was enough to pump the meme token’s price.

Inspired by the Dogecoin (DOGE) meme token that owes its fame to the notorious crypto influencer, Daddy Doge (DADDYDOGE) is one of the newer follow-up tokens that are chasing profits from price pumps orchestrated through intense on-line shilling.

Meanwhile, another video that has the exact same set up and features Musk shouting “Daddy Doge to Mars!” started circulating on Twitter.

The latest addition to the Doge’s meme token family runs on Binance Smart Chain (BSC) and was trending this week, following its walk-by-promotion by Musk.

The token was trading sideways and with low volume before Musk’s shoutout, according to CoinGecko.

While “Head of the DOGE Family” currently witnesses a 27% pullback, during the course of this week the token’s price got pumped 798.5%.

Daddy Doge has a 9% tax on transactions, with 3% being distributed to holders, 3% to its liquidity pool on PancakeSwap, and 3% going to its marketing wallet.

Billy Markus who co-created Dogecoin with Jackson Palmer in 2013 recently said on Twitter that there’s not enough new money going around to support all the new tokens “being made every minute” on the Binance Smart Chain and Ethereum (ETH) ecosystems.

Reminder: There’s not actually enough new money going around to support all the new bsc / eth tokens being made every minute.

If you’re cool with gambling in a rigged game in hopes for greater fools, you do you, just be realistic.