El Salvador Airdrops Bitcoin: 3rd Country to Give It a Shot

How to Earn with NFTs in This Booming Industry 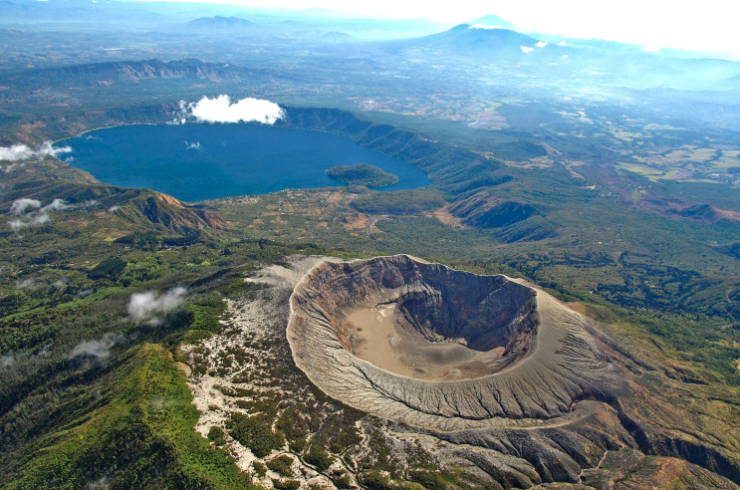 Members of the crypto community tend to associate the word ‘airdrop’ specifically with cryptocurrencies. But it may surprise you that the concept has been in vogue even outside the crypto domain. They might not have used the specific word, but the idea was already there. Thus, when the European Union introduced the Euro as a currency, the Netherlands ‘airdropped’ 2.88 EUR to all its citizens. It was a move to generate interest in the Euro and to push for mass adoption.

Or more recent, the US gave away $1400 stimulus checks to boost the economy in 2020 during the pandemic.

In this article, we’ll discuss the latest country that is pushing for mainstream crypto adoption. We’ll tell you how the El Salvador Airdrop is creating ripples in the market by giving away free bitcoin. But before we focus on El Salvador, it might be helpful to turn the pages of history.

Iceland was the first country to airdrop cryptos to its citizens in 2014. Every resident with valid address proof was entitled to a share of Auroracoin (AUR). The legality of AUR was questionable, but crypto was considered the future of Iceland’s economy. Although Auroracoin to replace the nation’s fiat currency, krona, it was never successful. As a result, AUR’s price fell dramatically and had to be abandoned.

After Iceland’s airdrop failed, there was a long gap before another national airdrop. The next time it happened was in 2018 in the Latin American country, Venezuela. It launched a stablecoin, Petro, which was pegged to the oil reserves. Amidst a severe financial crisis, the government thought Petro could rescue them from financial ruin. Although they wished to make it a mainstream payment method, Petro’s price dropped. Yet another failure.

After a gap of 3 years, another Latin American country, El Salvador, has decided to make crypto mainstream. To this end, they have introduced a government-made crypto wallet, Chivo. This wallet app uses facial recognition technology and can function with just a simple cell connection. Furthermore, to push forward crypto adoption, anyone who downloads the wallet will get $30 in bitcoin from the government.

The President of El Salvador, Nayib Bukele, didn’t stop at this. He also declared at the Bitcoin 2021 conference that bitcoin (BTC) would become a legal tender from 7th September 2021. This means all citizens can use cryptocurrency for availing of any kind of goods and services.

If Bukele’s announcement succeeds in garnering interest, then approximately 5 million people will be eligible to download the government app. The exact number of adults in El Salvador is difficult to ascertain. But a basic calculation by Yahoo Finance anchor suggests that approximately $185-$195 million worth of BTC needs to be purchased.  Anyhow, El Salvador’s decision to airdrop free bitcoin has some far-reaching consequences.

The Impact of the El Salvador Airdrop

If the El Salvador government buys $195 million in BTC, the price will naturally go up. That is exactly what happened soon after the news became public. The price of bitcoin saw a steady rise of around 5% and is now trading at $33,171.68. This is a positive indication for the crypto market, given that bitcoin dropped below $30K in June. El Salvador is utilizing the price discovery process to its advantage and mitigating volatility by adopting bitcoin as a currency.

But the El Salvador Airdrop has more to it than merely pushing up bitcoin’s price. Keeping with the ethos of crypto’s broader philosophy, free bitcoin from the government will help the 70% unbanked Salvadoran population. All one needs is a phone with a network connection. Moreover, the El Salvador economy runs on remittances from people working abroad, constituting 20% of its GDP. Payments through bitcoin will make transactions easier and simpler for everyone.

The President of El Salvador wants to do more for the entire crypto community. There are energy concerns regarding bitcoin mining which has led to Tesla dropping bitcoin usage. Bukele has offered a sustainable alternative by harnessing geothermal energy from its volcanoes. This country is truly paving the path for crypto’s future!

Other Latin American countries are taking inspiration from El Salvador’s crypto legislation. There are several reasons why politicians from these nations are putting on laser eyes and following bitcoin closely. We won’t go into the details, but countries like Paraguay, Panama, Brazil, Mexico, and Argentina have expressed their interest.

This is creating quite some noise in the crypto domain. Tyler Winklevoss, crypto investor and founder of Gemini, has already tweeted about it. As politicians from these nations legislate to make bitcoin legal, it will drive up crypto adoption, thereby creating a stable cryptocurrency market. For the latest updates on this matter, keep following Airdrop Alerts.