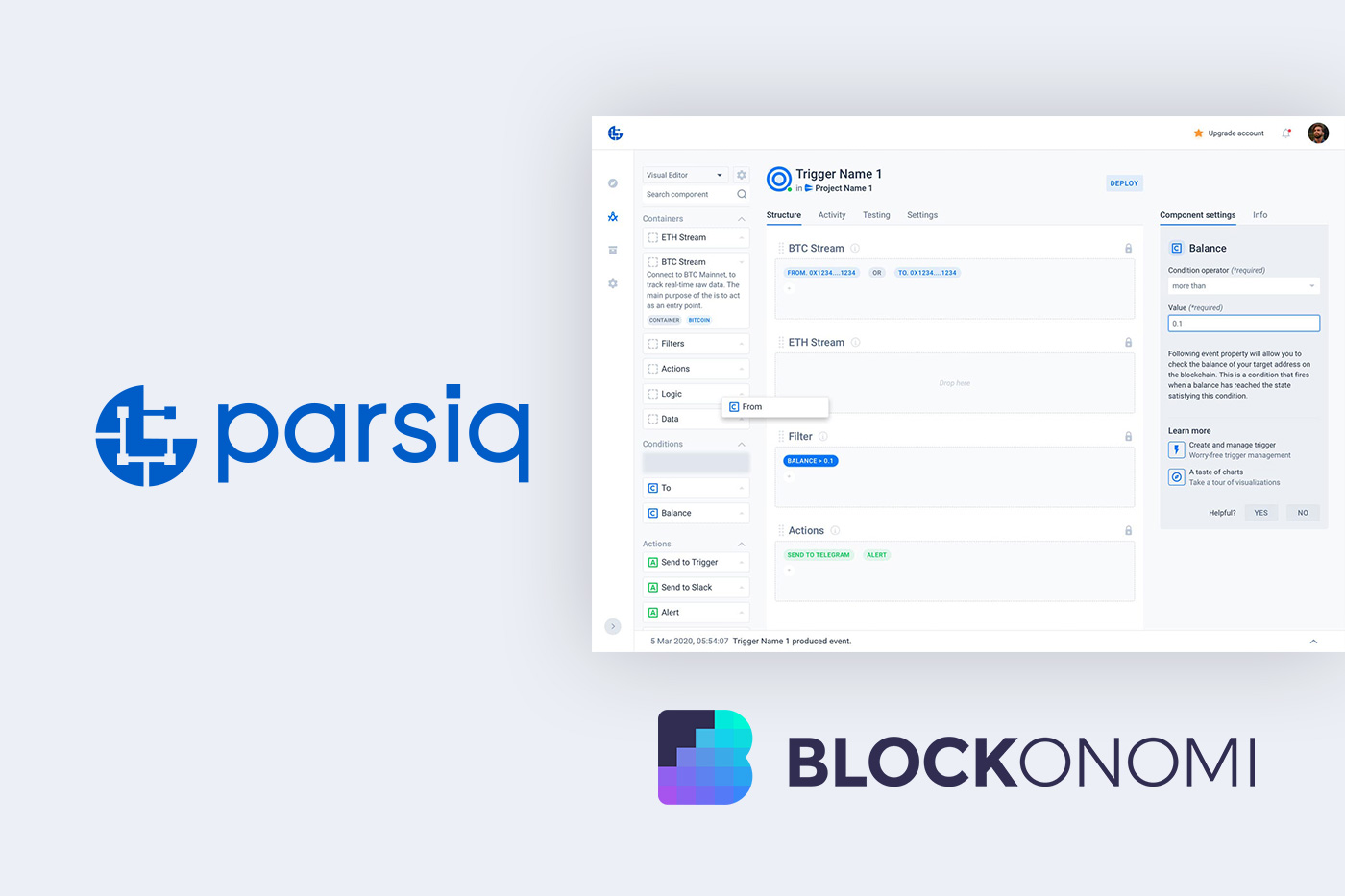 Elrond has announced its partnership with the data automation platform Parsiq, which makes on-chain information available to off-chain workflows and applications.

Now, ideas flow with Elrond via on-chain data delivered in real-time with Parsiq.

The data platform is made to expand to high throughput networks, it is a good selection for indexing Elrond data in real-time.

The collaboration between Elrond and Parsiq will allow mainnet events such a token transfer or smart contract execution.

Also an an off-chain process could be activated, including sending a notification, delivering a service, shipping a product, as well as any process in one or multiple applications.

“Off-chain platforms that can process significant amounts of on-chain data in real-time are essential to Elrond’s mission of acting as a layer of trust at an internet scale. We’re happy to work with Parsiq and accelerate the efforts of builders that integrate our mainnet into their broader tech stack.”

Developers with high levels can create more complex scenarios relating to Elrond on-chain data by using the ParsiQL programming language and dedicated IDE with good performance, while not having to deploy and maintain dedicated infrastructure.

“Elrond is the first sharded architecture that will be integrated into the Parsiq platform, which makes our collaboration very exciting. We look forward to covering the data needs of the vibrant Elrond developer community, so they can pour more creative energy into building awesome apps.”

Meanwhile, the Parsiq no-code graphical interface helps anyone to configure simple triggers easily. Therefore, builders of all skill levels are ready to take full advantage of the internet-scale capabilities of the Elrond blockchain in their workflows.

According to Elrond, Parsiq will add support for basic balance and token transfers on the Elrond Network and the relevant filters in the first steps in their partnership.

Elrond is an internet-scale blockchain, which takes away the underlying complexity of public blockchains.

It is also making building and using applications on the network a familiar experience to users, developers, enterprises, financial firms, and more. It was designed to supply a 1000-fold cumulation in throughput and execution speed.

Founded in late 2017, the leading public blockchain development company is developed by a team of experienced entrepreneurs together with not only engineers and researchers, who have experience at Google, Microsoft, NTT DATA, and Intel, company, but also PhDs in fields like CS & AI, multiple math, and CS.

Taking Blockchain to the Next Level of Development

Since its establishment, Elrond introduced two key innovations, including a novel Adaptive State Sharding mechanism, and a Secure Proof of Stake (PoS) algorithm helping to expand scalability with a quick, efficient, and secure consensus mechanism.

As a result, the blockchain is able to handle up to 15,000 transactions per second (TPS), with 6-second latency, and negligible cost.

Additionally, Binance Labs, Electric Capital, NGC Partners, Maven 11, and Woodstock have put money into the company. Other investors in the UK, India, Israel, Asia, and the European Union have shown financial support for the work that Elrond is doing.

The company’s goal is to create a permissionless, borderless, and globally accessible internet economy.

Parsiq is a platform that monitors and automates blockchain workflow, working as a multi-level bridge to connect blockchains and off-chain applications.

A proprietary programming language is used to assist users monitor and simplify an endless stream of data on the blockchain.

Traders and ordinary users’ wallets are possible to observe in real time with the platform. Together, the two platforms offer a lot to anyone who wants to know more about what is happening on chain!