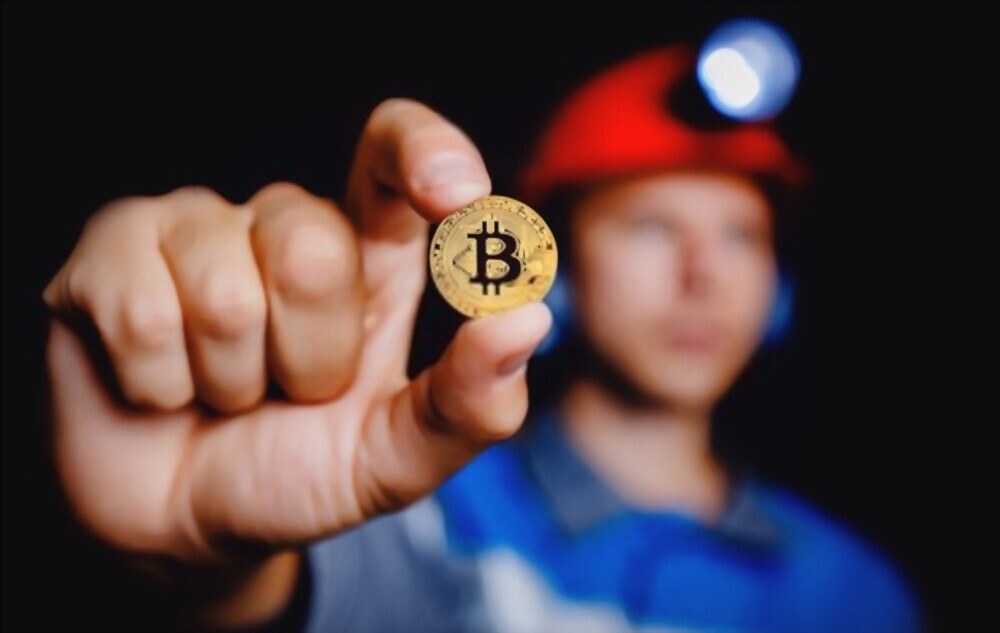 When Elon Musk was ranting openly about how bad Bitcoin is for the environment — even though the billionaire investor had his company Tesla pour $1.5 billion into the flagship cryptocurrency — one of his arguments concerned its public ledger’s centralization.

“Bitcoin is actually highly centralized, with a supermajority controlled by a handful of big mining (aka hashing) companies,” Musk tweeted. “A single coal mine in Xinjiang flooded, almost killing miners, and the Bitcoin hash rate dropped 40%. Sound “decentralized” to you?”

The Bitcoin Hash Rate is down 40% today, as a result of the Xinjiang blackout.

One province in China represents a significant share of the Bitcoin network pic.twitter.com/G5BSSp8idY

The criticism served as reminiscent of multiple reports that questioned the Bitcoin network and its claims of decentralization when more than 80 percent of its core production takes place in a Chinese province. Bloomberg reported that only five companies control a majority of the Bitcoin network with its excessive computational input. In short, that makes the de-facto ruler of the cryptocurrency that has risen to fame because of its I-have-no-master claim.

Meanwhile, the involvement of many graphic cards and other special machines around the world makes Bitcoin a global protocol, something like torrents file-sharing systems that rely on seeders to host file transfers. The more the machines mine Bitcoin, the smaller the probability of a single point of failure. In short, nobody can hack the Bitcoin network without gaining control of over 51 percent of the network. That is why it is vital that not a single Bitcoin miner proves hegemony on its blockchain.

What happened in Xinjiang raised doubts over Bitcoin’s decentralization claims. The region is responsible for providing almost 20 and 36 percent of the total hash required for running and adding blocks to the Bitcoin blockchain, Yahoo Finance reported.

Sure, the bitcoin hash rate dropped severely as miners in Xinjian turned off their machines amid heavy floods. But that did not expose any hidden centralization in the Bitcoin network. In fact, it only showed that miners have a concentrated geographical phase.

In simple terms, miners would always mine from a place that offers cheaper electricity. That means they would be able to earn better bitcoin incentives by paying subsidized power bills. The higher bitcoin price and lower production costs make China an attractive destination for mining companies.

The psyche here matters the most. Miners mine from China not because they are looking to establish a state hegemony over the Bitcoin network. They are not members of the communist party; they are just businessmen looking for havens to reduce their operational costs.

That also means miners are geographically-independent entities. To say China controls Bitcoin mining is grossly misleading — a simplified criticism to make the cryptocurrency appear like a financial weapon launched atop the rest of the world.

It is also important to notice that the hash rate of a mining pool is not one bloc that one can control and manipulate. Many entities across the world put money into mining companies to host bitcoin nodes. They are like investors who pool their capital to run a company. Therefore, if the company does something that is against an investor’s interest, the investor  simply moves their  capital elsewhere.

Therefore, bitcoin mining pools are loyal to incentives, not countries. In turn, miners are faithful to mining pools that support their stance on Bitcoin and their best rewards.

Examples such as these show that China is just a place where miners are located; it is not the controller of the technology, contrary to  what Musk claimed.

A centralized Bitcoin network is bad for business for every actor involved, be it miners, coders, traders, and investors. If the health of proof-of-work networks decline, miners would lose a lot of money on the investments they made into the network by buying specialized bitcoin mining machines, dubbed as ASIC.

Of course, their interests are aligned with  the Bitcoin network. If they attempt to gain control over it, the value of their previous bitcoin holdings would decline in tandem. There is an underlying self-interest in the Bitcoin network that protects it from bad actors all and all.

Moreover, Bitcoin is also a decentralized network of coders. The ones that build up the cryptocurrency network are everywhere around the world, funded by multiple institutions, including US-based cryptocurrency exchanges and not-for-profits like the Human Rights Foundation.

“There’s a careful checks and balance in any proof-of-work built from a cultural aesthetic towards decentralization that involves different stakeholders — no one group can shape the complete destiny of proof-of-work based cryptocurrencies like bitcoin,”

Bitcoin mining has the potential to become a globally recognized sector. And with the right dose of renewable energy methods, the process can also become environmentally friendly. Right now, the sector is geopolitically centralized, not technologically. This simply means that governments around the globe have to compete with China to attract bitcoin miners and mining companies into their region.

China is already an anti-host to cryptocurrencies, with its central banks’ recent rulings to ban crypto transactions altogether. Miners will have to pack their bags and move elsewhere. The real question remains: where would they go next? Would Canada gain the next geographical hegemony over the Bitcoin network?

In the end, it’s all about cheaper electricity and favorable regulations.

Scam Coins: How to Identify and Not Invest in Them