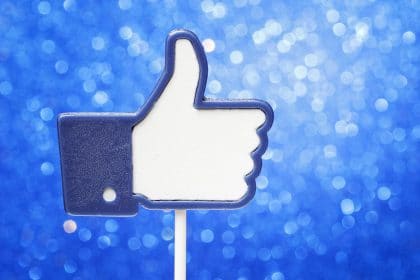 Within the initiative, Facebook will have some seasonal bonuses. Some bonuses within the Instagram app will launch this summer, and in the Facebook app in the fall.

On Wednesday, Facebook Inc (NASDAQ: FB) CEO Mark Zuckerberg announced the tech giant’s initiative to pay over $1 billion to creators in order to reward them for making content on Facebook and Instagram through 2022. According to Zuckerberg, the plan of Facebook to pay to creators aims to make Facebook “the best platforms for millions of creators to make a living”.

This money will be allocated between all types of creators and influencers for different kinds of activities on the platforms. As Facebook has said in the press release, some bonuses are already available. In particular, Facebook features an In-Stream bonus for video creators and a Stars bonus for gaming creators. Both are available by invitation now. As for Instagram, the first bonuses will be available by invitation and will reward creators for signing up for IGTV ads and using badges in Live and Reels. They will include the IGTV ads bonus that allows US creators to earn a one-time bonus for signing up for IGTV ads, which enables them to earn revenue when running ads during their videos.

Further, it will be the badges in the Live bonus that provides rewards for meeting certain milestones with badges, such as going Live with another account. And in the upcoming weeks, Instagram is planning to launch the Reels Summer bonus. It will pay creators for creating great Reels content on Instagram. Reels is an Instagram feature for users to create 15-second video clips set to music and share to their Stories, Explore Feed, and the new Reels tab on a user’s profile. It was introduced as a way to compete with TikTok.

Facebook has also added that some bonuses will be seasonal. Some bonuses within the Instagram app will launch this summer, and in the Facebook app in the fall.

This is not the first time Facebook decides to pay creators for using its products and services. Previously, the social media giant paid TikTok influencers and YouTube users for employing Instagram features such as IGTV and Reels. Besides, in December, Facebook pledged to invest $10 million over the next two years in the Black gaming community. The company has also decided to offer some creators guaranteed monthly payments for using Facebook Gaming, a streaming platform similar to Twitch.

In June, Facebook also announced that it would not take the revenue generated by creators for paid online events, fan subscriptions, badges, and Facebook’s upcoming independent news product until at least 2023. In this way, Facebook tries to win the competition with other similar platforms like TikTok.

Daria is an economic student interested in the development of modern technologies. She is eager to know as much as possible about cryptos as she believes they can change our view on finance and the world in general.