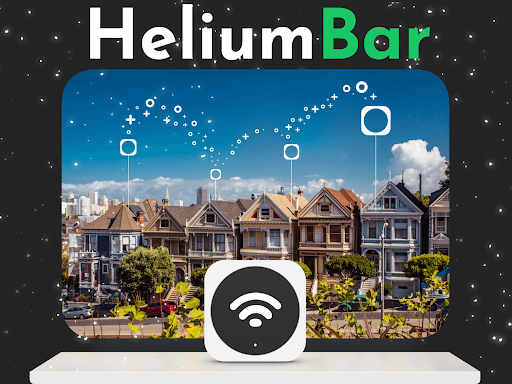 Helium Bar has been working in the helium network mining since 2020 and in the radio industry in general since 2015.

For over 8 months, Helium Bar has expanded its network of helium hotspots in Europe and is constantly growing. With already over 300 hotspots in the largest cities in Europe, Helium Bar can claim that they are the largest, independently operated network in the Helium network.

Hundreds of people have already participated in renting and expanding the network since the official launch in June. Helium Bar Network is constantly growing and with its most important partners, they expand their network every day and share the profit with their customers. Every day, the Helium Bar now receives new devices and orders from their customers, so that the popular RAK miner is only strictly limited. Helium Bar will continue to focus on Bobcat in the future.

Helium mining is a growing business that is attracting a lot of interest. Currently it usually takes up to 6 months for devices such as RAK, Nebra @ Co to be delivered. Helium Bar entered the helium network early on and was able to use its infrastructure through its ongoing radio industry and build a wide range of helium hotspot networks. Due to ongoing orders, new devices are already being delivered at regular short intervals and with your help you can feed them into the helium network.

If you want to find out more about Helium Bar, visit www.helium.bar

How to Trade Bitcoin Futures

Cryptocurrency Adoption Increases despite Uncertainty in the US