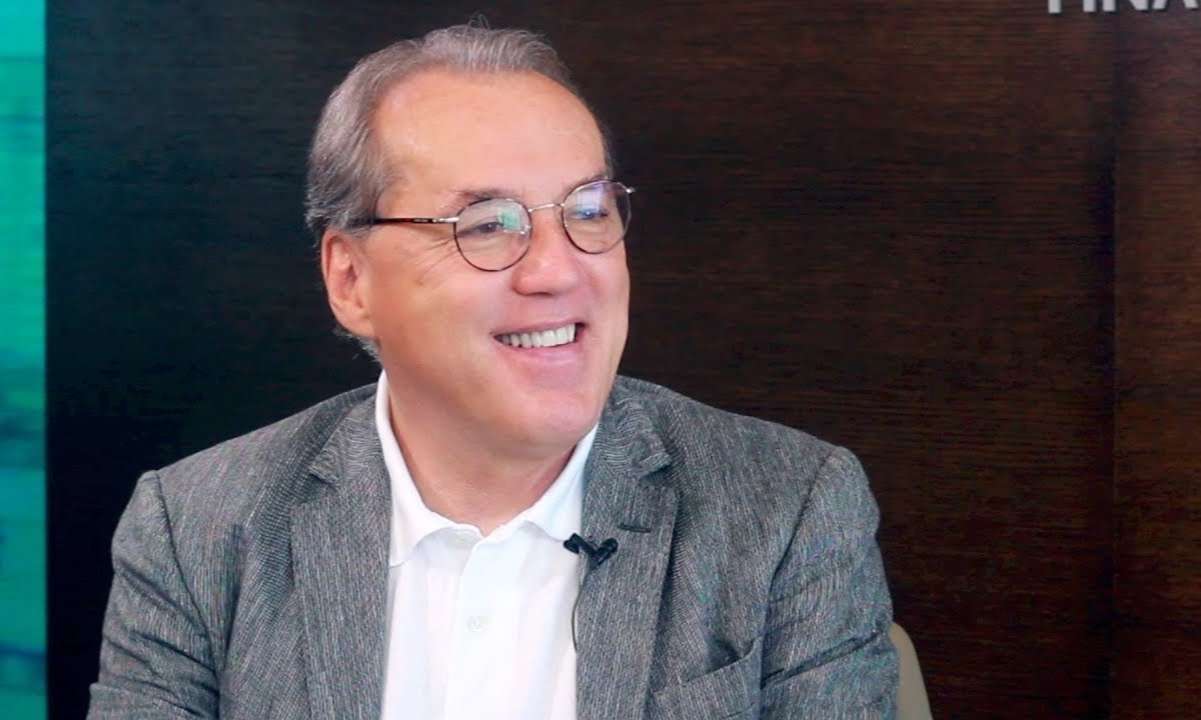 Cryptocurrencies took center stage in 2021 as the market went through a massive bull run where the price for bitcoin skyrocketed to an all-time high of $65,000 in mid-April, and many other cryptocurrencies followed suit.

This attracted a lot of attention even from institutional players and large, publicly-listed companies. The elephant in the room is obviously Tesla. Elon Musk’s electric car maker announced that it had bought $1.5 billion worth of BTC back in January and even began accepting the cryptocurrency as a means of payment for its cars.

Unfortunately, the love story was short-lived as just four months after that, Elon Musk revealed that the company has quit accepting BTC as payments, citing environmental concerns. This sparked one of the largest debates within the community on Bitcoin mining.

CryptoPotato got the chance to speak to Frank Holmes, the Interim CEO and Executive Chairman of HIVE Blockchain Technologies, during Bitcoin 2021 in Miami. Holmes is also a very famous Canadian – American investor, and the creator of the popular JETS ETF, which tracks airline-related companies

They mine Bitcoin and other cryptocurrencies using renewable energy sources – something that’s been the pinnacle of discussion as of late.

One of the first things we discussed was the possibility of a Bitcoin ETF getting approved in the US and the regulators’ concern as of yet.

Holmes shared his experience with lawmakers:

“When I was trying to launch a Bitcoin ETF four years ago (in 2017), I realized, in talking to regulators, that it just wasn’t going to happen because of their concerns of anti-money laundering (AML) laws. Bitcoin doesn’t say it’s between the two of us, but the blockchain allows us to say where it’s been.”

This is what motivated him to launch a crypto mining company that had “an ESG strategy right at the beginning.” He also said that coal mining would become a problem – which it apparently did.

Holmes went on to add that he’s HODLing:

“I’m HODLing all my bitcoins like a piece of art because if that bitcoin hasn’t been mined in Iran and they can track if it’s been in the dark pool – they can track where it’s been.”

With this in mind, he said that regulators don’t want bitcoins that have been connected to illicit activities to show up in the New York Stock Exchange (NYSE).

“That’s why if I mined them and I hold them, I know on my balance sheet they are pure virgin coins. And I believe, over time, they’ll become more valuable.”

Holmes also believes that there will be a different price tag and compared ‘green’ bitcoins and those mined with coal (for example) to artwork.

“If you have an Andy Warhol original painting, it’s worth $30 million. Now, if you’ve got one of the prints, the only 1,000 prints, now that’s worth $50,000. And if you’ve got a copy of that print, it’s worth a thousand dollars. I think that Bitcoin will become that way – when all the coins are going to become pieces of art.”

Circling back on the Bitcoin ETF topic – Holmes thinks that there will be one “this time next year., supposed there’s better software to track.”

Bitcoin ETF To Have a Short-Term Price Effect

The executive chairman of Hive thinks that a Bitcoin ETF will likely have a short-term price effect on the price. Once again, speaking from his own experience in the legacy markets, he draws a comparison.

He argued that hedge funds are using the futures markets because they meet all the compliance tasks.

“So, I think what will happen is that it (Bitcoin ETF) will add to it. It will increase the demand.”

Holmes also pointed out that the Canadian-approved Bitcoin ETF has had a great success and that it will happen in the US as well.

Regarding institutional adoption and where things are going in the industry, Holmes believes that Coinbase’s public listing was a major event, although it dragged a lot of investors down because “insiders” sold their stock.

However, he believes that the key thing to consider is PayPal’s involvement.

Holmes outlined the importance of the upcoming generations in the future adoption of cryptocurrencies.

“The kid buys a thousand dollars worth nine months ago and all of a sudden it’s worth $7,000. He sells a thousand, buys a new color TV, he doesn’t have to go to his bank. You could use Amazon or you could do Best Buy through PayPal – you can’t do that in a brokerage firm. So this is really a revolution taking place for mass adoption.”

How to build a profitable industrial-scale Bitcoin mining operation