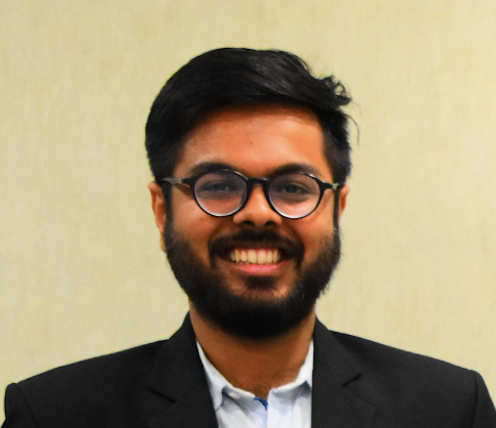 BuyUcoin is a viable and established firm with plans to expand globally.

BuyUcoin is a profitable, bootstrapped firm that will continue to expand. It intends to grow through a combination of organic and inorganic means and will raise cash for future worldwide expansion.

Shivam Thakral, CEO of BuyUcoin, leads his life by Steve Jobs’ mantra, “If you don’t love it, you will fail.” In India, he looks up to Nitin Kamath of Zerodha for his straightforward approach to business and ability to create things by thinking like a client.

He spoke with Mint about what drove him to enter the world of cryptocurrency, the creation of one of India’s first crypto exchanges, and the company’s future goals. Excerpts that have been edited:

Q: Tell us a little bit about yourself.

Hapur (Delhi/NCR) is where I was born and raised. I come from an engineering family, which inspired me to seek a career in engineering. In 2014, I enrolled at Harcourt Butler Technical University Kanpur to study chemical engineering, and during my studies, I worked on website creation for a few clients, which helped me hone my coding skills. My ability to code allowed me to construct a plethora of digital properties and to think beyond what was previously available in the world.

In 2016, I began my summer internship during college break and was paid in Bitcoin. Through a local exchange, I received the payment in my bank account quickly via Bitcoin. It used to take 5–7 days for the same money to be credited to my account. My interest in the crypto ecosystem was piqued by instant payment via Bitcoin.

I spent the following 15 days researching crypto online and gathering critical information on how the crypto economy works around the world.

Q: What encouraged you to launch BuyUcoin?

Bitcoin fascinated me more than anything else, and I wanted to acquire the crypto asset with my savings online. I looked online, but there was no platform in India where I could buy such crypto assets. I decided to change this by creating a cryptocurrency exchange for the Indian market, so that Indians may profit from the potential of cryptocurrencies as well.

I pitched my idea to co-founders Atulya Bhat and Devesh Agarwal, and they liked it. I was relieved to encounter like-minded individuals at such an early stage. In July 2016, I constructed the BuyUcoin platform in nine days, and on the tenth day, we performed our first deal, which was done by a friend to test the platform.

There were no blockchain developers in India, so we learned the technology and used it to build the exchange backend and user interface.

Q: What was it like to launch a cryptocurrency exchange in 2016?

BuyUcoin began with a $40,000 initial investment. The original finances came from our personal savings, which we earned via freelancing. This money did not last long because we spent most of it on vacation and company registration, among other things. The entire setup, including the server, emails, and SMS, was arranged through free service provider trials. As trading on our platform gained popularity, our cash flow began to increase.

Most exchanges followed a fixed pattern created by international exchanges, but we designed our platform with Indian investors in mind. We simplified the process of purchasing cryptocurrencies by providing purchases in the INR option. We also made it possible to buy bitcoin with debit and credit cards, which increased BuyUcoin’s popularity.

BuyUcoin grew from zero to one lakh users in just six months, which inspired us to push even harder. The user feedback validated our decision, and we knew we were on the correct track. Since we created BuyUcoin, there has never been a dull moment in our lives.

We worked hard to simplify the process of buying and selling cryptocurrency. We deleted the order book from our user interface to avoid confusing new investors. Some of the benefits that investors still prefer include many payment alternatives, a simpler user interface, and an easy payout option via wallet.

Q: What are your expansion plans?

In the current fiscal year, we intend to increase our presence in Southeast Asian countries such as Singapore, Vietnam, Indonesia, and the Philippines. We are certain that South Asia offers attractive opportunities for the crypto business and has the potential to become one of the global crypto economy’s development engines.

We are currently a profitable, bootstrapped startup, and we intend to continue our upward trajectory. We are considering a combination of organic and inorganic growth and will raise cash for future worldwide expansion.

Q: Why do we need cryptocurrency in India?

Crypto assets are global in nature and are exchanged on a worldwide scale 24 hours a day, seven days a week. Stocks as an asset class were only made available in the modern world as a result of financial evolution. Crypto assets are comparable. They are the most significant upheaval in the financial world, with enormous potential for wealth creation.

JPMorgan Provides Access to Crypto Funds to its Wealth Clients