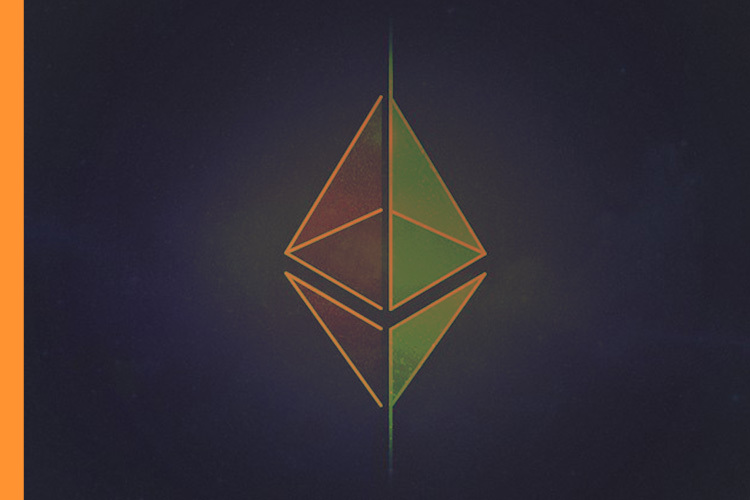 If you’re exploring the internet to learn how to mine Ethereum, there is a piece of bad news you must know.

That is, any guideline that teaches you about how to set up an Ethereum mining rig—by purchasing expensive computational machines—won’t matter after August 4.

That is because the Ethereum network will undergo a crucial upgrade called the London Hard Fork on the day.

So what is London Hard Fork, and why it poses an existential crisis to the Ethereum mining communities? We’ll answer that in this article.

But before that, for the uninitiated, let us explain how the efforts to mine Ethereum appears like in the current 1.0 version.

Ethereum 1.0 and Its Issues

Ethereum is a global, open-source platform for decentralized applications.

One can compare it with app marketplaces like Apple Store or Play Store, but without a central controller.

As a result, Ethereum offers developers the flexibility to build and launch applications what Apple and Google deny them in many cases.

The so-called decentralized supercomputer now hosts thousands of applications, including games, exchanges, and stablecoins, atop its public ledger, also known as a blockchain.

These applications leverage the so-called Ethereum 1.0 technology to offer crypto pooling, borrowing, lending, swapping, and trading as a service.

…Ethereum mining has its shortcomings. The most significant among them is its slow transaction confirmation rate—only 15 per second. That often leads to periods of high network congestions when participants are made to wait hours to get their financial transactions confirmed.

Meanwhile, to speed up their transactions, participants often have to pay additional fees to Ethereum mining communities for quick confirmations.

In December 2017, an app named CryptoKitties brought the Ethereum network down to its knees, becoming the first decentralized application to do so.

During that time, transaction fees skyrocketed while many transactions never even made their way into the Ethereum blockchain. The herd of kitties overwhelmed the so-called supercomputer.

In 2020, another industry emerged to saturate the Ethereum network: the decentralized finance, also called the DeFi.

The DeFi industry is a collection of decentralized applications, with Compound Finance and Uniswap being the most popular amongst them. They offer traditional banking services on the blockchain without the need for banks.

Users can lend their Ether and other ERC-20 tokens (usually stablecoins like DAI and USDC).

Meanwhile, others can borrow them by providing collateral in the form of crypto.

The borrower—of course—pays the interest that goes to the lender as a reward. Everything happens automatically on the Ethereum blockchain with smart contracts, one of the ledger’s principal features.

In that way, one can get access to money without needing to liquidate their funds.

But most importantly, they can do so without having to go to a bank. That is DeFi’s most significant promise: To bring banking services to millions of unbanked people.

But their popularity among the masses also contributed to the congestions in the Ethereum mining network.

So it was only natural that the blockchain will reach its limits repeatedly, leading to another spike in gas and transaction costs.

Ethereum 2.0, a step-by-step network upgrade, expects to make Ethereum more scalable and sustainable in the long run. In detail, it would focus on:

Switching to proof-of-stake (PoS) is one of the critical upgrades that directly impacts the Ethereum mining core functionality.

In detail, the Ethereum blocks right now get validated and added to the chain by miners, who run expensive mining rigs and consume a lot of power to solve a mathematical problem.

By solving that, they successfully add a block to the Ethereum chain and receive rewards in native cryptocurrency ETH in return.

But with proof-of-stake, 2.0 replaces energy costs associated with Ethereum mining with a financial commitment.

It involves committing at least 32 ETH to the network. By staking that amount, one becomes a validator—not a miner, thereby earning the same opportunities to validate and add blocks to the Ethereum blockchain.

So those who are asking, “can I mine Ethereum on my laptop,” the answer is yes.

But by committing at least 32 ETH. And yes, you don’t have to keep your laptop on 24/7, as well. Meanwhile, validators get rewarded for their monetary commitment to secure the Ethereum network.

The other significant change that Ethereum 2.0 brings to the network is Shard Chains.

Shard Chains are individual blockchains that run in parallel with the main chain called the Beacon Chain. Each shard chain aims to take part in the primary network’s load of validating and adding blocks to the Ethereum blockchain.

Meanwhile, Beacon Chain ensures that all shard chains are up to date with the latest transactional data.

In doing so, it enables the Ethereum network to process the increasing number of transactions per second.

Additionally, each shard node would need to download and process only the transaction history of that shard, not the whole network, which was the case with the previous Ethereum mining functionality.

Combining it with proof-of-stake, Ethereum 2.0 increases the capacity of the network and aims to solve the scalability problem.

Therefore, Ethereum could become a superhighway of interconnected blockchains in the future.

The Ethereum Foundation has announced that it would launch Ethereum 2.0 in three phases.

The first phase, called Phase 0, sees the introduction of the Beacon Chain (it went live in December 2020).

Ethereum’s primary purpose was to register the validators ahead of its complete transformation to become a PoS protocol by launching it. The specifications include:

If successful, it would later assist in reducing the network’s energy consumption by 99%. Meanwhile, Ethereum Improvement Proposal (EIP) 1559 would also improve the transparency and efficiency of Ethereum’s fee market.

As stated above, users decide what fees they want to pay to Ethereum mining services to confirm their transactions.

After the London Hard Fork, Ethereum protocol automatically sets the base fee.

But, unfortunately, it also burns the cost at a later stage instead of rewarding it to the miners.

That has made the London hard fork one of the most controversial updates in the road to PoS because of its potential to reduce the Ethereum mining revenue.

“While we think [EIP 1559] will bring better predictability for transaction inclusion, we think that fee burning is a bad idea, considering many transactions requiring extended computing resources for smart contract execution … will no longer be compensated,” Slava Karpenko, the chief technology officer of Ethereum mining pool 2Miners, told CoinDesk.

Many miners are not happy with the fork.

That has increased their mining possibilities on the old Ethereum chain while the upgrade prompts them to move to the new one.

Such a split could see the formation of two competing ledgers, same as how a disagreement between Bitcoin mining communities over the block size led to the creation of Bitcoin Cash, a parallel chain.

The Merge stage would serve as the completion of Phase 0.

It would officially migrate Ethereum’s PoW protocol to PoS. That said, the Beacon Chain would become the new norm, while the ​​ultimate vision of Ethereum 2.0—scalability, security, and speed—will be attained after this merger.

Phase 1 will introduce 64 independent shard chains to the Ethereum 2.0 network.

But they will not execute state or keep track of account balances. That is because phase 1 intends only to test the construction and validity of shard chains with the Beacon chain. As a result, Ethereum 1.0 will continue to run in parallel with ETH 2.0 throughout this phase.

The final phase will add full-functionality to shard chains.

It will enable them to execute transactions and maintain account balances. Meanwhile, it will also introduce the eWASM virtual machine, which will replace the EVM.

All and all, the London Hard Fork on August 4 will set Ethereum en route to mass adoption, promising higher throughputs with a new PoS blockchain.

Nevertheless, for Ethereum miners, the chain will become worthless.

Are you still searching ‘how to mine Ethereum’ on the internet?

Greengage Gets £2.5 million in Capital From IOVLabs