How to Buy Litecoin: The Complete Guide For 2021

How to Invest In NFT 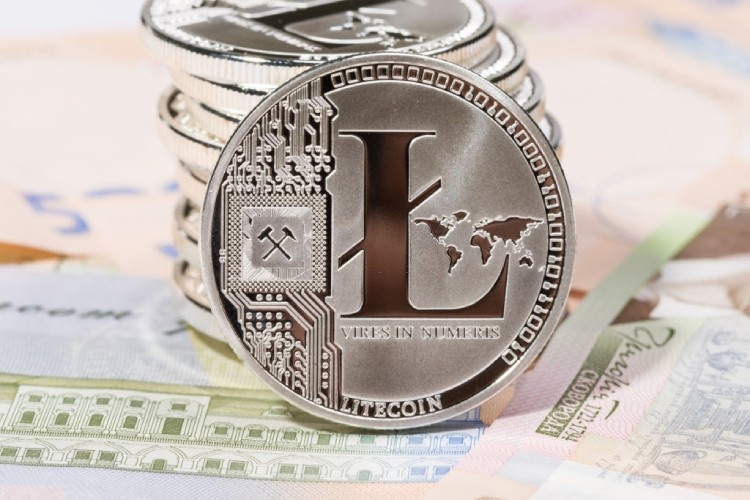 Bitcoin has for long dominated the blockchain industry, but other cryptocurrencies are also beginning to pull their weight. One of such is Litecoin, a cryptocurrency that has won the hearts of many due to its affordability, technological malleability, and trustworthiness.

It’s no surprise it has risen to become one of the top fifteen cryptocurrencies in the world with a market capitalization of $9.1billion at a price of $136.28. Founded by former google champion Charlie Lee, Litecoin was created as a silver alternative to Bitcoin’s gold. However, Litecoin Network is not merely an alternative as it has proven time and again to be a trailblazer in the crypto world.

Seeing as this altcoin is such an important part of the crypto space, many want a piece of it and have therefore been wondering and asking how to purchase Litecoin. Fortunately, that’s exactly what we shall be discussing in this article. But before we delve into it, let’s get some background knowledge. What is Litecoin? Why do experts project it will be worth more in the future? Can you sell Litecoin? Let’s get started, shall we?

A Brief History of Litecoin

As earlier stated, Litecoin was founded by Charlie Lee in 2011. It began as a forking of the bitcoin code but has since risen to become a self-sustaining cryptocurrency. The decade-old altcoin has survived and thrived this long owing to a Litecoin price point that reflects the growing market and its constant improvement.

From the start, there was never a doubt that Litecoin was just a testing ground for upgrades and experimental features which were to be incorporated into the bitcoin blockchain. Why? It is because while Litecoin and bitcoin have the same source course, the former differs from the latter in some ways. Some of these differences include:

However, as the years went by, Litecoin proved itself to be a healthier alternative to bitcoin. Not only is it cheaper, but it is also more open to technological changes and is faster too. Hence, even amid the Ethereum ecosystem and other use-case-specific altcoins, Litecoin retains the value and trust of the crypto community.

Now that it’s been halved, coupled with the expected market boom, the general view is that Litecoin would rise to become a multi-bagger, offering a high return on investment, thereby becoming one of the must-have altcoins.

Why Invest In Litecoin

A term often used in the crypto world is “Bitcoin and altcoins”. This term depicts that bitcoin is the leader of the crypto-economy and this is true. So, if this is the case, why invest in a substitute? Well, there are various reasons why ‘altcoins’ may be better for you. Let’s consider these reasons:

When compared to Bitcoin, altcoins are considerably cheaper. This is mostly for two reasons:

While Litecoin is a payment mechanism just like Bitcoin, many others provide more utility than a payment. In fact, some of these altcoins are built on modern ideas that could make the world a better place. For instance, NEO, EOS, and Ethereum blockchains enable developers around the globe to create their apps. Another is Golem which enables users to lend their computing power to others when they are connected to the Golem network. Because of this versatility, an altcoin has more potential than a bitcoin.

Before bitcoin can become a proper means of payment, it still has some hurdles to scale through. One of such is scalability. Overall, transacting with bitcoin is quite slow, making day-to-day transactions difficult. Also, bitcoin is generally seen as a “store-of-value” tool rather than a payment mechanism.

On the other hand, Litecoin trading and other altcoins tradings have a higher speed of transaction. While bitcoin’s transaction per second is put at 7, Litecoin’s is 56.

Bitcoin being the premiere cryptocurrency understandably gets a lot of attention. As such, many investors go into it not because they have an idea of all it entails, but because they don’t want to be left out. This is not a crime certainly, but there are downsides to it. For instance, there could be an organized critique of the blockchain, leading to the sale of assets by key investors which could, in turn, lead to the crash of the market.

In truth, every blockchain including Litecoin isn’t free of this phenomenon; however, since they are less popular than Bitcoin or Ethereum, they are less likely to attract FOMO investors, thereby making it ideal for every other person.

Like other cryptocurrencies, Litecoin is housed in an online wallet. It is vital to have a Litecoin wallet as it’s your gate pass to obtaining the altcoin.

Although it’s easy to create an account with some crypto exchanges such as Kraken and Binance, the ease of operation is against the code of decentralization. More so, it leaves your account exposed to hacks and closure. There’s a saying in the crypto world that goes, “not your keys, not your coins”. You don’t want to be compromised.

Thus, if you would rather not go through the “buy on exchange” route, you have three other Litecoin wallets to consider. They include:

As part of its technological advancement, Litecoin provides a desktop app. Users can download it and store their Litecoin on their PC. Easy and convenient!

There are devices such as KeepKey, Ledger, and Trezor that help safeguard your Litecoin. It gives you absolute control over your cryptocurrency as it securely stores your private key. On the downside though, it is quite expensive even if it’s worth it.

In this age of mobile blockchain banking, many find it more convenient to store their cryptocurrency on their phone than anywhere else. If you would rather go for this, then consider mobile cryptocurrency wallets such as Exodus and Jaxx.

Both options enable you to access your Litecoin and transact with it wherever and whenever you desire.

A paper wallet is not only a simple crypto storage method but an efficient one too. Using your coin, all you need to do is to create a Litecoin address that looks like this:  4DEKMgeXY9n3MxvHV4mhYHYFfLzgNXoAj.

After this, have the private keys to your Litecoin wallet inscribed somewhere and then keep them safe. Having discussed all of these, let’s get into the business of the day.

How to Buy Litecoin

There are several ways to buy Litecoin. The method of Litecoin purchase is largely dependent on your location at the time and your preferred payment option. For the sake of convenience, we will consider the easiest ways. They include:

Having bitcoin or other forms of cryptocurrency makes it easy to buy Litecoin as you can trade them for it. You can do this using any of the various crypto exchanges. However, we highly recommend the ones listed below owing to their safety, security, and reliability. They include:

The amount of Litecoin to be credited to you depends on the value Litecoin holds at the time as well as its trading against other cryptocurrencies.

For current cryptocurrency prices, you can check here.

Arguably, this method offers the widest variety of payment options. The type of exchange, as well as the payment method to opt for, is largely dependent on your location.

For example, if you reside in Europe or the United States, you can easily buy Litecoin through Coinbase with just your credit card or even through a bank transfer. Therefore, reading the terms and conditions before proceeding to buy Litecoin is essential.

However, we shall go over some of the options you have.

If you would rather not reveal your identity or you want to avoid creating an exchange account, a good exchange platform to consider is Changelly. It is easy, super-fast, and instantaneous. You will only need to input your Litecoin address and the amount you wish to trade and it will convert it in no time.

Another great exchange platform is Shapeshift. But while it offers instantaneous conversion, it will require you to give out more personal data which you may not be comfortable with.

Popular exchanges such as Bitpanda, Coinbase, Bitstamp, and Binance allow users to use a debit/credit card in buying Litecoin directly. Other exchanges include Coinmama and Cex.io.

Most of these exchanges use Simplex to process their debit/credit card deals, but note that you will have to pay a minimum fee of 5%.

Buy Litecoin with a Bank Transfer

While you can make a direct bank transfer from your Coinbase to your Coinbase account, it is only available to US citizens and takes a processing time of 5 to 7 days.

If you are in Europe, Kraken and Bitpanda are good choices. They allow SEPA transfer and takes only about 3 days to process a payment. Also, it enables you to transfer with Giropay, Neteller, or Sofort.

Cex.io on the other hand allows users all over the world to use bank transfers in buying cryptocurrency. Generally, the standard for Europeans is SEPA while for others its SWIFT.

Peer-to-peer is also known as P2P or person to person. In simple terms, what this means is that you give money directly to someone on the other end in exchange for Litecoin without having to go through a middleman. This money can either be cash, PayPal, bank transfer or any other mutually agreed payment method.

The downside to this purchase method is that trust is often in question. You will have to trust the other party enough to make a one-on-one transaction. However, there are anonymous online exchanges such as Paxful, WazirX, and LocalBitcoins that enable you to trade Litecoin for Bitcoin.

Tons of Bitcoin ATMs exist around the world. You can use it to purchase and sell bitcoin with which you can then trade for Litecoin. For residents in the US, you can check out Coinflip, which has a vast ATM network that enables you to trade Litecoin for cash. You can also convert it back to USD, after which you can then withdraw it.

Other Means of Purchasing Litecoin

While we have discussed most of the popular means of buying Litecoin, there are other means we are yet to touch on. If you prefer the use of Skrill, PayPal, MoneyPolo, or any other means of purchase means, the only option you have is to first purchase Bitcoin and thereafter trade it for Litecoin.

Why is this? Well, it’s because the avenues for purchasing Bitcoins via Skrill, gift cards, and PayPal are wider than when purchasing Litecoin directly.

Note that the fees collected when purchasing cryptocurrencies via PayPal or other means are due to the risks involved with irreversible transactions.

One of the platforms that accept PayPal transfers for the purchase of cryptocurrency is Cryptex24. eToro is another platform that enables Litecoin trading, however, we advise against using this platform as it won’t give you direct control over your digital assets.

Armed with this information, purchasing a Litecoin should be easy and simple.

The post How to Buy Litecoin: The Complete Guide For 2021 appeared first on CoinStats Blog.