Is It a Good Time to Buy XRP? 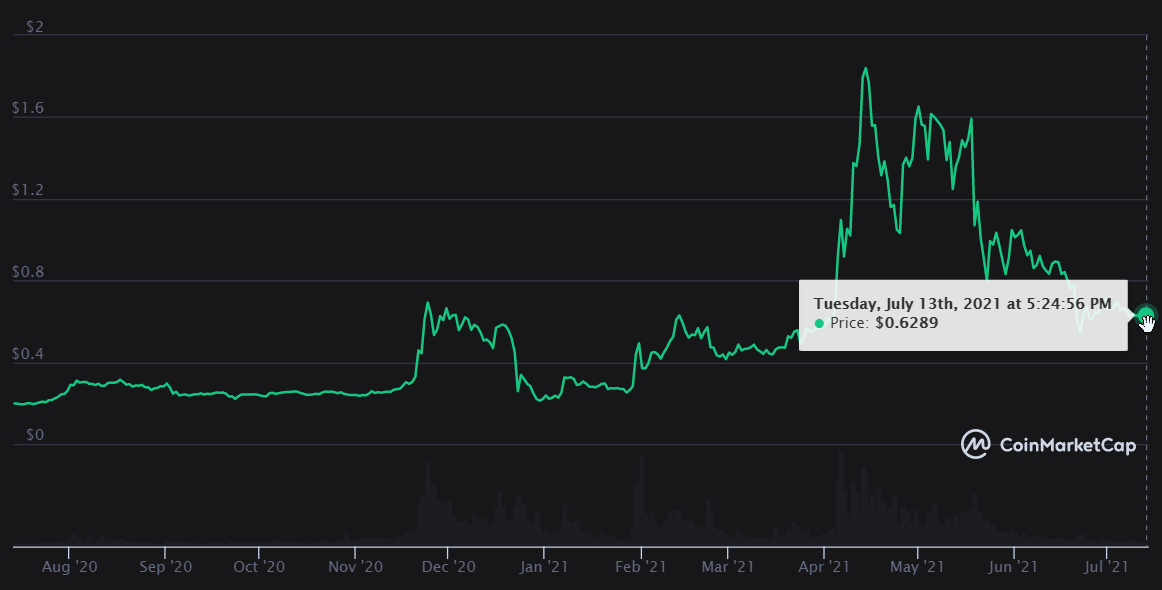 XRP is trading at an attractive price level following its correction from April’s peak. Though the cryptocurrency is still one of the largest in terms of market capitalization, is it a good time to buy it?

XRP was issued by San Francisco-headquartered Ripple and the token is RippleNet’s native digital currency, meaning it has major real-world usage. Ripple’s partnership with big banks all around the world for blockchain-based cross-border payments boosts the future usage of XRP.

But, XRP remains one of the most controversial cryptocurrencies. Many crypto enthusiasts were critical of the token from early days due to its centralization structure and Ripple having control on XRP’s supply. However, the biggest blow to XRP came when the US Securities and Commission Exchange (SEC) filed a lawsuit against the company alleging that XRP is an unregistered security, and Ripple illegally raised it with its sale.

That followed the delisting of the cryptocurrency from several US-based crypto exchanges, and the XRP token went down to around $0.13.

But, things pivoted as Ripple found support in Asia. Crypto whales jumped in to buy the dip and pumped the prices aggressively, and along with the positive sentiments around the overall crypto market, XRP prices breached the $1.83 mark within a month.

“The SEC suing Ripple simply delays the inevitable that XRP gets regulatory clarity and is deemed: NOT a security. What this headline does do, however, is scare retail investors into selling and scare the new investors from buying XRP,” CryptoClear Founder, Johnny McCamley earlier told Finance Magnates.

EuropeFX Expands its CFD Portfolio with 14 New CryptocurrenciesGo to article >>

However, the ongoing correction of the cryptocurrency market pushed down the XRP prices again. The token is trading at $0.62, as of press time, which is more than 66 percent lower than its peak achieved in April.

“XRP is currently trending horizontally around $0.62, which is a sharp drop for April 15 when it almost reached $2. As things stand, things look pretty glum for Ripple having met continuous resistance at the 20-day SMA. Further rejection could potentially take XRP to the $0.55 support wall,” said Gate.io CMO, Marie Tatibouet. “My suggestion would be to wait to see if XRP opens a candlestick above the 20-day SMA or not.”

In addition, whales have accelerated their activities with XRP. Finance Magnates recently reported that multiple crypto whales are transferring millions of dollars in XRP out of cryptocurrency exchanges.

Currently, XRP has a total market cap of over $28.6 billion and is the sixth-largest digital currency, according to Coinmarketcap.com.

Meanwhile, the ongoing litigations against Ripple can make or break XRP prices. “In the short term, I expect XRP to keep trending around the levels that it is at right now,” Tatibouet added. “In the long-term, assuming a favorable result in the SEC lawsuit, XRP could go back up to $2 at the very least, and then it could jump to $5 and reach new all-time high levels.”