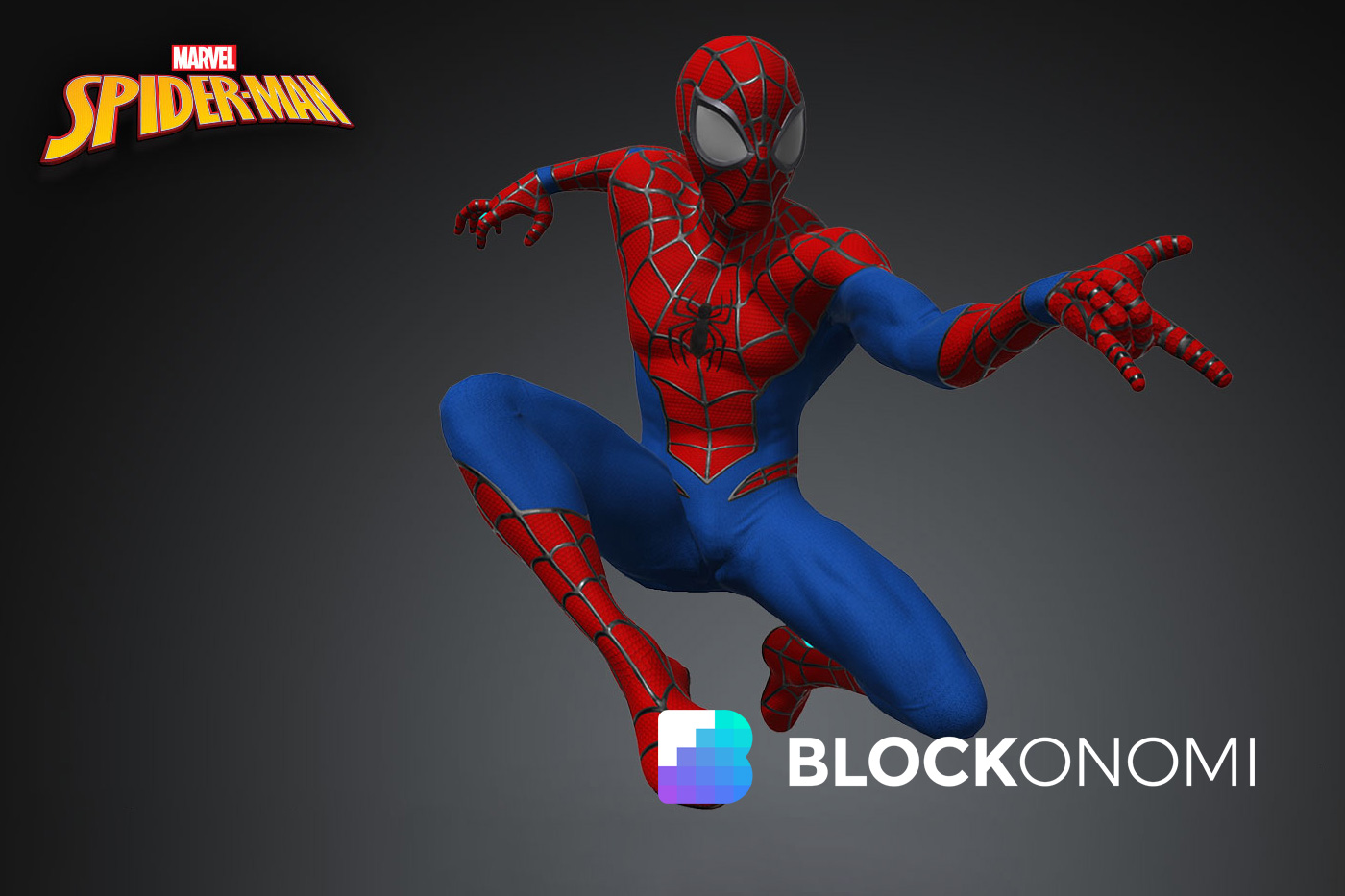 Marvel Entertainment has announced its Spider-Man NFT collection will be launched on the VeVe marketplace on Saturday, August 7.

The collection will have 5 different Spider-man digital sculptures priced between $40 and $400 each, being the first release of many planned by the company. It is expected that Marvel has scheduled other Marvel NFT drops later in August of 2021.

The sculptures will vary in price and rarity, ranging from 32k units of a “common” Amazing Soder.Man NFT to 1k units of the “secret-rare” Ultimate Animated Spider-Man NFT.

All of these digital sculptures will allow their owners to have a 3D image of the character, allowing them to view/display them from any angle in their virtual collections.

Other NFTs planned to launch in August, which has been dubbed “Marvel Month”, include collections based on the Human Torch, Sub-Mariner, Captain America, and more.

While Marvel didn’t immediately participate in the NFT craze that took place earlier this year, it is now looking to capitalize on the technology.

The NFT market saw incredible success during the first half of this year, reaching $2.5 billion in transaction value as artists, personalities, and games offered their creations.

Be a part of @Marvel history! The FIRST APPEARANCE of Spider-Man in premium digital collectible format drops 07 August 8AM PT.

The NFT Craze Hasn’t Cooled Down

While mainstream coverage of the NFT craze has diminished over the past months, the NFT market has continued to grow as more content creators and organizations continue to launch their own tokens.

Marvel is not the only world-famous name to announce the launch of its NFT collection but also high-profile magazines like Fortune, which will be creating a crypto-themed issue designed by graphic artist pplpleasr.

A total of 256 limited editions of pplpleasr’s animated art will be minted as NFTs and offered to the public.

While Fortune’s experiment with NFTs certainly is an important one, other known media organizations like Time Magazine, CNN, and The New York Times have already launched their own NFTs in the past.

Louis Vuitton is also jumping into the NFT world. The French fashion house has partnered with Beeple to launch an NFT videogame by the title of “Louis: The Game”, which is the medium by which the company decided to celebrate the 200th anniversary of the birth of its founder.

With more companies joining the NFT craze, it is impossible to know if it will ever end.

Not only are new NFTs being issued every day by well-known names but also famous auction houses like Sotheby’s and Christie’s have found NFT auctions to be highly profitable, incentivizing them to continue exploring the ecosystem.

Christie’s, one of the biggest auction houses in the world, continues its incursion in the NFT world by adding Bored Ape Yacht Club, CryptoPunks, ad Meebits to upcoming auction lots.

The firm has previously auctioned several NFT tokens since selling a digital art piece by the name of “Block 21” for $131k back in October of 2020. Other important pieces have included one of the most famous and expensive NFTs sold to date: Beeple’s “EVERYDAYS: THE FIRST 5000 DAYS”.

The decision to continue its auctioning of NFT pieces is the result of having raised more than $93.2 million last year from NFT Sales.

Christie’s is doubling down on NFTs by auctioning new pieces from a single-owner collection from an unidentified owner.

CryptoPunks NFTs have previously been auctioned by the British auction house for around $17 million.

Now, in addition to them, another art project by Larva Labs will be making it to the stage: Meebits. These are unique 3d voxel characters created using a generative algorithm and then registered in the blockchain network.

NFTs keep getting hotter – and it looks like they are at the top of the art world.