NEM Blockchain Symbol/XYM to be supported by LATOKEN! 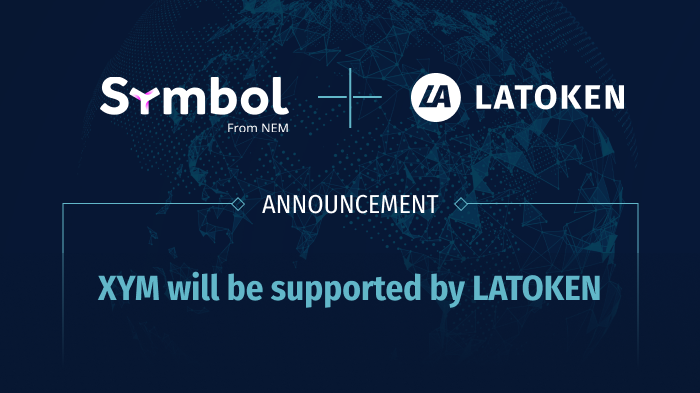 We, at LATOKEN, are delighted to announce Symbol (XYM) support for NEM (XEM) on our platform.

The Symbol is an efficient, contemporary, and user-friendly blockchain platform, which is why it’s meant to serve institutions, firms and entrepreneurs.

The native currency XYM, of public blockchain Symbol, is expected to launch in December 2020. XYM has fundamental value as a functioning economy’s currency. It is used to settle transactions so that network of public nodes, which process and record transactions, are incentivized.

It is important to note that fix data on the NEM public chain will resettle to Symbol at public chain release.

Based on XEM account balances on the NEM blockchain, all XYM will be allocated to users’ accounts when the Symbol public chain begins. Basically, if a user owns 1 XEM at the time of the Snapshot, they’ll be credited with 1 XYM to their account.

For the upcoming celebratory Trading Competition, we’ve decided to remove all mandatory limits during the contest period, exclusively for LATOKEN holders of XEM. Stay tuned for more updates!

Follow us on Social Media to learn more about the Crypto industry.