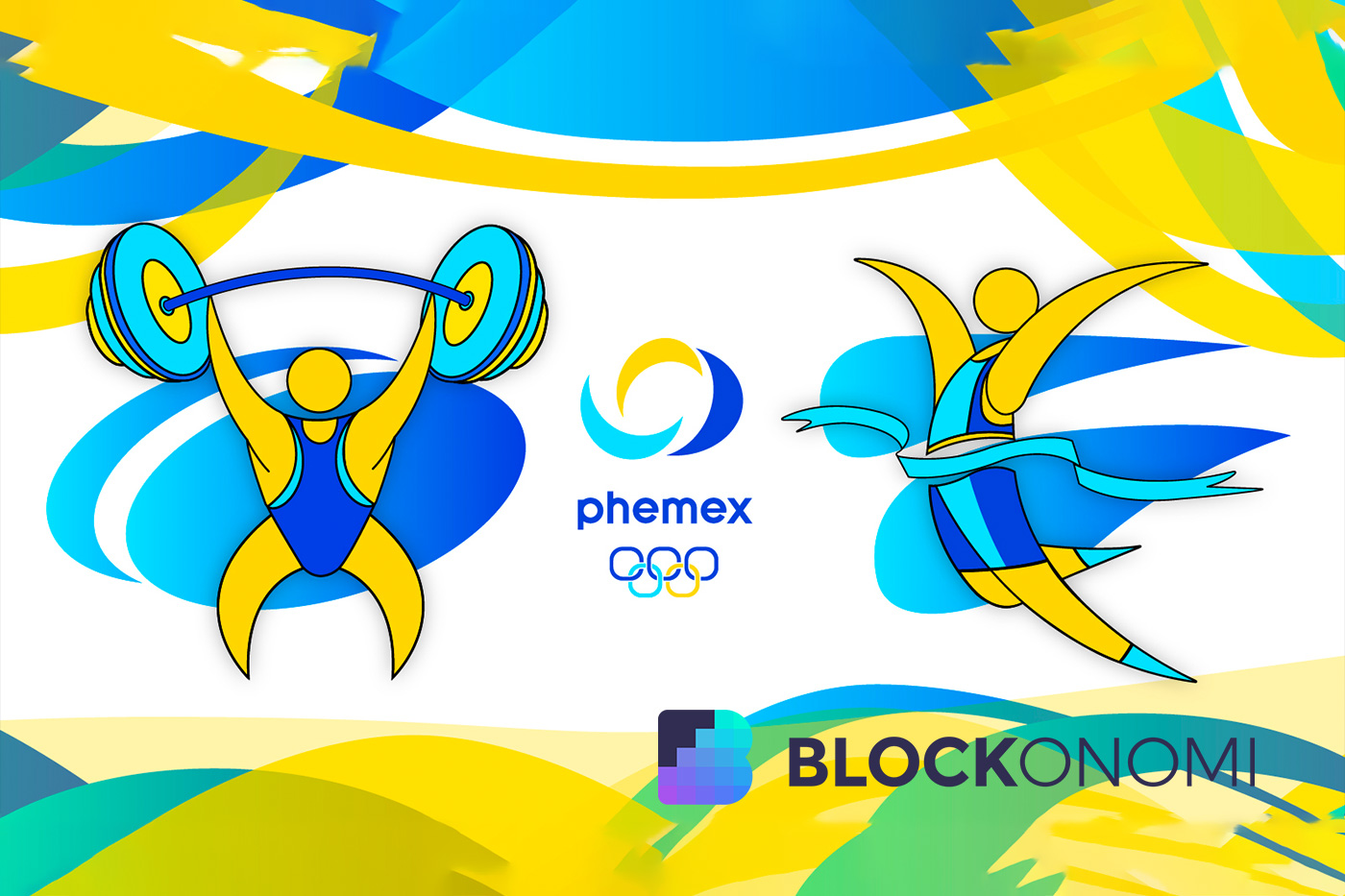 The Phemex team has reasons to celebrate; we all finally get to see and enjoy a sports competition of the highest international level.

With lockdowns and uncertainty for the last year and a half, we need more than ever to release stress by enjoying the always-passionate Olympic Games.

The world vibrates with excitement; it’s time for the Tokyo Olympics!

The Olympic Games, and particularly this edition in Tokyo, welcome everyone in all colors and flavors. Phemex shares this viewpoint, inviting everyone to join in this crypto trading version of the international games.

Inspired by the event, the prestigious crypto exchange developed its own Phemex Olympics: United Through Trading!

The Phemex Olympics is a two-sport trading competition metaphorically related to the Olympic disciplines of sprinting and weightlifting.

Weighlifting at Phemex: Individuals who score high in trading volume, aka “Heavy Lifters,” will be rewarded in the weightlifting competition. As a result, those with the highest trading volume will reap the most benefits.

Sprinting at Phemex: Traders who attain 500% ROI the fastest, aka the “Usain Bolts,” will compete in a sprinting competition.

Prepare yourself, sign up, and prove that you belong! Thousands of dollars in BTC will be distributed to winners!

Check the Phemex Olympics announcement for more on Ranking, Rewards, and Participation Guidelines.

A determined ranking system based on trading volume will assign a specific rank to each Heavy Lifter participating in the competition. The ranks are assigned according to the highest trading volumes within the campaign period.

In case the same BTC volume is achieved by two different Heavy Lifters, the first participant to join the competition will rank higher.

For eligibility, participants can only trade assets through Contract Trading.

Participating Heavy Lifters are allowed to trade with all Contract Pairs available on Phemex.

Heavy Lifters will have their trading volumes displayed on the Phemex Olympics landing page, which will be updated every ten minutes.

No API trading will be allowed in this category.

Finally, Phemex also provides a bonus reward to the top ten players based on their ranking, consisting of different mystery box gifts.

To become a Usain Bolt, valid participants and traders must hold –at the time of registration — a minimum net balance of 0.003 BTC or more in their Phemex BTC Trading Account.

The Sprinting goal is to reach 500% ROI (Return of Investment) as fast as possible. This includes realized and unrealized PNL/.

The first ten sprinters to reach this goal will be ranked based on arrival order.

If no runners meet the goal of 500% ROI, then the top 10 runners will be ranked simply based on the highest ROI.

In the case that two runners reach the goal of 500% ROI simultaneously, then the sprinter that joined the competition the earliest will be ranked higher.

The Phemex Olympic sprinting competition is exclusively only for the BTCUSD Contract pair; other trading pairs will not count.

The sprinters participating in the competition will be able to see their ROI and ranked position displayed on the Phemex competition landing page. Competitor’s scores will be updated every ten minutes.

Unlike the weightlifting event, API users ARE eligible to participate in the sprinting competition.

Registration for the Phemex Olympics dual-sport competition is open now. The competition starts on July 30, 8 AM UTC, through August 13, 8 AM UTC.

The organizing committee at Phemex Olympics will announce winners and distribute prizes and rewards after August 20, 2021.

You can find the Terms & Conditions of the Phemex Olympic Games on the official announcement.

Phemex offers futures contract trading as well as spot trading. Phemex is the only exchange in the market to offer a low-cost membership that allows traders to spot trade Bitcoin with no fees! Phemex’s perpetual contracts have leverage options of up to 100x.

The exchange also has a non-crypto GOLDUSD trading pair contract.

Phemex proclaims to be the fastest crypto exchange and futures trading platform. Certainly, their ever-growing positive reputation is making a strong case.