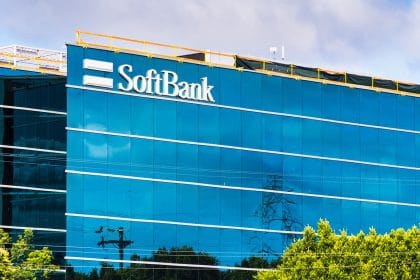 SoftBank has made enormous investments into the crypto space recently. For example, it has invested $200 million in a Brazilian company Mercado Brazil.

SB Northstar, an investment unit of Japanese corporation SoftBank, has agreed to invest $75 million in Block.one’s cryptocurrency exchange, Bullish. The filing done with the SEC on July 9, 2021, showed that SoftBank will buy $7.5 million units of shares at $10 each.

The Tokyo-based company had previously invested $300 million in a private offering as a sign of commitment. Currently, Bullish has a market valuation of $9 billion and is expected to undergo a SPAC merger with Far Peak Acquisitions. The merger is scheduled to take place before the end of 2021.

After the merger, co-founder of Paypal and former president of the New York Stock Exchange (NYSE) Thomas Farley, will become the CEO of Bullish. Block.one CEO Brendan Blumer, will on the other hand serve as chairman.

Also, SB Northstar LP will purchase 3 million warrants to buy shares of Far Peak when Bullish goes public. The warrants will be got from sponsors of the SPAC, or its core investors below regular cost. This will result in a $1.5 million loss. According to James Cassel, Chairman of Cassel Salpeter & Co., this is done by SPACs to attract high-profile investors.

At the time of writing, Bullish was yet to identify Sb Northstar as one of the buyers in any of its press statements.

While some critics have faulted the decision by the firm to go public so early on, others suggest the move will increase the value of Block.one blockchain. Yet another group led by Sam Bankman-Fried opines that the move will see Bullish become like MicroStrategy for cryptocurrencies.

Bullish and Other Crypto Investments of SoftBank

SoftBank has certainly made enormous investments into the crypto space recently. Earlier in the month, it had invested $200 million in a Brazilian company Mercado Brazil. It had also invested funds in a Brazilian money management firm Hashdex. Again, the bank is reportedly leading the $530 million funding round of the famous sports NFT platform Sorare.

Commenting on Bitcoin recently, Chief Executive Officer of SoftBank, Masayoshi Son had stated that cryptocurrencies can no longer be ignored because of their rising popularity. Son previously held bitcoin but had sold it all in 2018.

An experienced writer and Fintech enthusiast, passionate about helping people take charge of, scale and secure their finances. Has ample experience creating content across a host of niche. When not writing, he spends his time reading, researching or teaching.