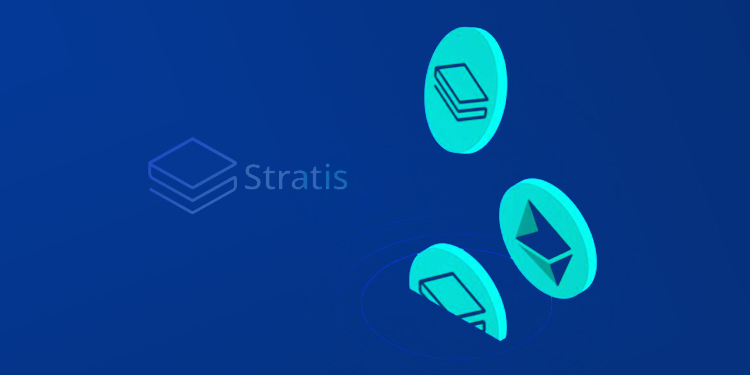 Stratis, a blockchain platform and development ecosystem has announced that its interoperability solution – Stratis InterFlux, has become the first product under the Stratis Blockchain Technologies framework to incorporate Stratis’ Oracles feature.

Specifically, Stratis’ Oracle feature has been employed to query real-time pricing of both the current Ethereum gas price, which is highly volatile and in addition, the current USD value of the STRAX token.

These important metrics enable a dynamic fee to be applied to all trustless conversion requests. This results in fair and consistent fees being applied based upon actual market data.

The Stratis approach to interoperability is not new with Stratis being one of the first to fully integrate trustless cross-chain support through its Smart Contract Sidechain(s).

In contrast to other cross-blockchain solutions that rely upon a centralized service for cross-chain transaction requests; the Stratis implementation is completely decentralized and trustless with transactions being conducted in an autonomous and unbiased manner.

In recent months, over USD $10M has been transacted through Stratis’ existing solution. Stratis InterFlux builds on top of this well-established feature within the Stratis Blockchain Technologies framework.

“While this release predominantly focuses on the release of InterFlux v2, the employment of Stratis’ Oracles excites those within Stratis; as the applicability of additional use-cases through the utilization of Stratis’ Oracles becomes a vivid reality. The ability to query external services such as data points provided by world-renowned data providers like Bloomberg, opens many use-cases. Stratis will, in future, compile and present use-case studies highlighting the benefits of utilizing Stratis Oracles.”
– The Stratis Team

An updated wallet supplements InterFlux v2 with a full production release of the STRAX Wallet now available. This enables users to perform a wSTRAX conversion with ease. STRAX tokens can also be easily exchanged back to STRAX via the InterFlux WebApp.

How to Buy Bytecoin (BCN) – Ultimate Guide by Cryptogeek