What are Meebits? — A Compact Guide 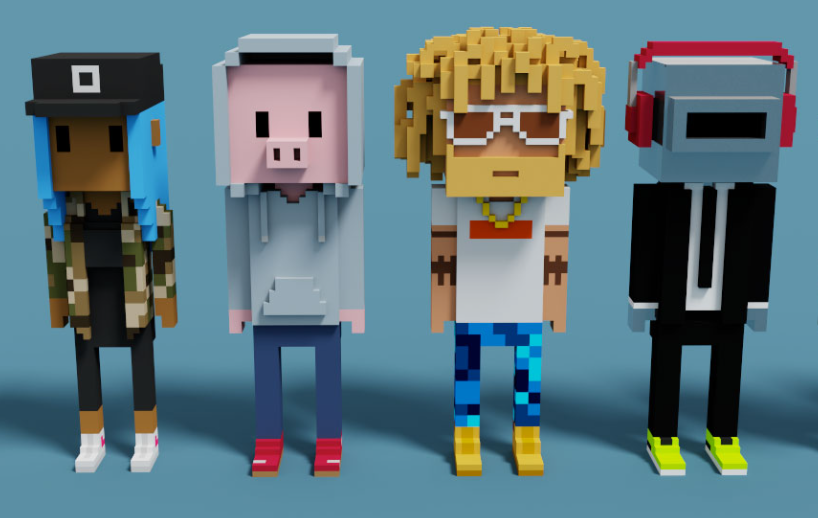 NFTs got off to a solid start in 2021, with total sales surpassing $2 billion in the first quarter. But even as a whole, their success has been consistent. For example, one of the oldest NFTs, namely CryptoPunks, predates the current ERC-721 standard but still dominates the market. The so-called proto-NFT has even recorded its all-time high sales volume of $353,197,092.

LarvaLabs, the creator of CryptoPunks and Autoglyphs, has launched its third set of NFTs called Meebits. Considering that these are already creating ripples in the market, let’s take a deeper look at what they are and why they matter.

Meebits comprise 20,000 unique, algorithmic, and 3D voxel characters tokenized on Ethereum. You can use them as metaverse avatars, experiencing unprecedented avenues for virtual reality and games. Games like Minecraft and Roblox have greatly inspired LarvaLabs co-founders Matt Hall and John Watkinson, motivating Meebit’s artistic development. In their view, the minimalist design of 3D voxel art will eventually become timeless masterpieces.

The idea is to infuse some of the owner’s unique features into the virtual avatar—that is, putting the ‘me’ in Meebits. You can easily develop a ‘T-Pose’ avatar using an asset pack and animated humanoid avatars using Adobe Mixamo.

Meebits are similar to CryptoPunks in many aspects, but the 3D nature is their most significant distinguishing mark. Besides creating metaverse avatars, you also get the benefits of the ERC-721 standard. These NFTs let you relive the experience of exchanging collectible cards with friends and enhances it with actual monetary value. To this end, an in-built marketplace provides a broad scope for Meebits’ usability.

Meebits is only a month old at the time of writing, but it’s already taking the crypto market by storm. LarvaLabs raised $79,947,566 through the token’s widely successful public sale. The 9,000 Meebits on offer at 2.5 ETH per character sold out in less than four hours.

The public sale was only the beginning of the story. Like the visitor and robot, certain rare characters sold for 303 ETH and 110 ETH in the secondary market. Further, one dissected Meebits has been listed for 2,888 ETH, and it’s only a matter of time before it’s sold. To be the one, check out the listings on OpenSea. Notwithstanding, you can get Meebits for free.

Earlier, LarvaLabs ran a community grant, especially to reward the CryptoPunks and Autoglyphs community for kick-starting the NFT movement. These early adopters have contributed to NFT’s success considerably, which LarvaLabs is always careful to appreciate. The grant was open for seven days after Meebits’ launch. During this period, Punk and Glyph owners had the opportunity to mint half of all Meebits for free.

On the other hand, the online artists’ community, Dogepunks, was also giving out free Meebits. All you had to do was follow their Twitter handle and retweet by tagging three people. The community chose a winner at random and rewarded them with Meebits.

On the Other Side

The broader crypto community is not entirely uncritical of Meebits. Angie Taylor, a VR Artist, Sculptor, and Animator, drove this point home when she pointed out that the OBJ is an obsolete 3D format. In her view, GLB or FBX would have been a better alternative, as they are the current standard for 3D NFTs and VR.

There’s also some clamor for making Meebits interoperable across the metaverse. Sandbox co-founders hope to see these digital avatars across gaming platforms like Decentraland and Somnium Space. Particular crypto enthusiasts even feel that Meebits’ initial price was too steep because special characters weren’t ready at the time.

But anyway, the community is vastly enthusiastic about Meebits’ future, despite the criticisms. As per CoinMarketCap’s statistics, the token has an all-time trading volume of over $140K at the time of writing. Moreover, the biggest plus for Meebits is LarvaLabs’ reputation in the global blockchain-cryptocurrency domain, making this new offering reliable.

As a whole, Meebits is off to a promising start, and it’s not too far-fetched to hope that it’ll surpass the success of its predecessors. Whatever happens, Airdrop Alert will be there to bring you the latest updates, not just for Meebits but also for NFTs in general. Lastly, free Meebits may be available again, so keep following us to be in the right place at the right time.