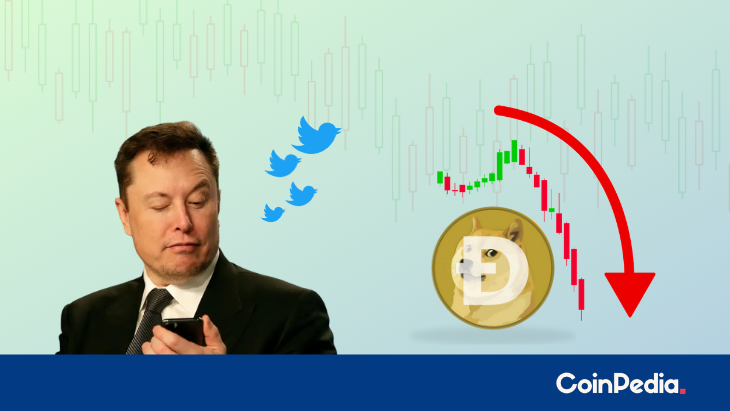 Dogecoin price in the last couple of days was attempting hard to go parabolic in order to hit the initial resistance levels at $0.259. No doubt a fake-out led the price above $0.27, yet the short-lived rally disappeared and the price dropped below the previous levels. However, this time, the support levels were extended from $0.232 to $0.239.

Elon musk’s nowadays appears to have been self-assured to raise his favorite tokens to the moon. Therefore, he constantly puts up memes in support every new day. The fact that Musk is one of the bigger DOGE proponent is a known fact. Yet other tokens like Folki Inu, Baby Doge, etc made their way to his list. This time, his meme is for dogecoin, showing a person least concerned about the ongoings around him as he is busy with DOGE charts.

He names it as ‘dogecoin polytopia’ which is a turn-based civilization stratergy game. Woefully, his attempt could rise the price of only 3.09% which lived for only 3 minutes. It implies two possibilities, either the Elon followers turned Dogecoin holders might have closed their positions or the traders might have lost ‘Elon Craze’.

Also Read: Dogecoin Price Sees an Uptick, Is the Meme-Coin Still in the Race for Bullish Really?

The DOGE price in the last week of June had dipped from $0.28 and was ranging in between $0.27 and $0.23. The first attempt of going parabolic to regain the positions above $0.28 failed with a month end plunge. However, the fresh month trade was not so profitable as it continued trending within more narrow levels.

Despite, new meme from Elon Musk, the price rally remained low-key, unlike the previous mentions. But the point to be noticed here is the support levels kept on rising with every recovery. Currently, the price may continue with a small uptrend which test the initial resistance levels at $0.2539.

Considering the previous price movements, the current uptrend could flip soon after testing certain levels. However, the support levels at $0.2400 appear to be strong enough as the price failed to break despite multiple attempts. Ultimately after the range gets diminished as on time, the only option left with the price is to break the barriers to pull a massive leg up. And in such a scenario, $0.3 may be imminent.

Currently, it is mandatory for the dogecoin price to test the resistance levels multiple times rather than support levels. And eventually, surge to these levels without paving way for any breakdown. Collectively, DOGE price appears to have been independant of Elon Musk’s tweets and soon may regain higher positions forming higher highs.

Our Mission, Strategy and Culture