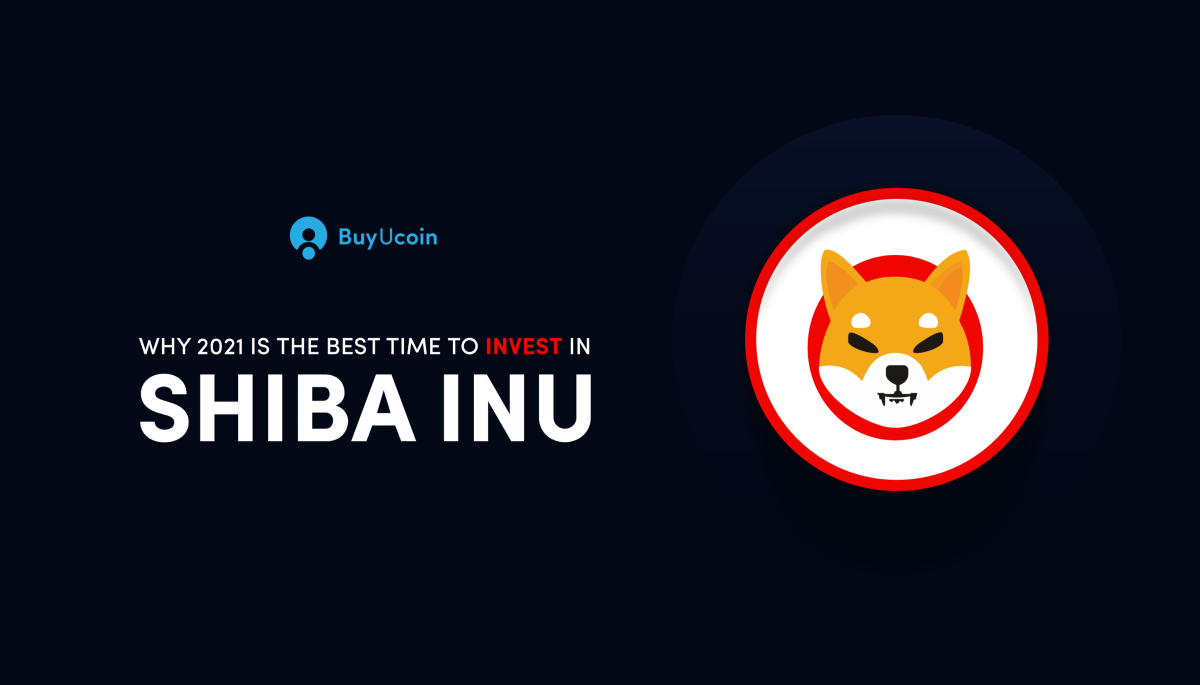 Is it a good time to invest in shiba inu?

Why Shiba Inu Coin is hailed as “Dogekiller”?

We, by now, know as well as have understood the craze that is behind cryptocurrency. People are madly investing in it and loving the profits they are yielding using it. Since its inception, there has been a surge of cryptocurrency investors. And it is now one of the most popular investment strategies among the general public. There are many different cryptocurrencies to select from. So, today we will learn about the Shiba Inu and understand it even before any of us decides against investing in it. Through this article, we will understand this cryptocurrency, analyse its performance in the past, and predict its price in the future. So let us delve into it.

What is Shiba Inu(SHIB)? Brief Summary

The Shiba Inu Token is an attempt at decentralised spontaneous community formation. This token was inspired by Dogecoin, according to its developers. The makers of Shiba Inu, on the other hand, hope to make SHIB more than simply a joke. It is an ERC-20 token that can be used on the Ethereum network.

Shiba Inu cryptocurrency is housed on the Ethereum blockchain and is quickly becoming one of the top 50 fastest-growing cryptocurrencies in the world. The Dogecoin cryptocurrency served as an inspiration for the coin. However, it should not be compared to Dogecoin, as Shibu Inu is also a joke-inspired coin. It’s part of a decentralised exchange website. Because of its growing popularity, many people are promoting this currency. Shiba Inu Token is the most important coin on Uniswap. When Elon Musk tweeted that he was looking for a Shiba puppy, the number of persons who responded increased by over 300 percent.

Shiba Inu cryptocurrency has swiftly received global notice, thanks in part to the growing popularity of Dogecoin. This particular token also has a strong community of cryptocurrency holders that support and promote the token on social media platforms such as Reddit and Twitter. You can buy Shiba Inu Coin in India if you want on BuyUcoin, Sushiswap, and a few lesser-known crypto exchanges. If you are Indian and have an interest in this token, you can purchase it on BuyUCoin. Let’s take a look at the predictions of the price for this crypto.

Shiba Inu Coin is also known as SHIB; it has been rising in the cryptocurrency world in recent days. Ever since the Dogecoin craze subsided, there came many advocates, aka the new crypto fans, who started to promote the Shiba Inu Coin actively. However, the price of Shiba Inu has plummeted substantially after the May 19 crypto collapse, prompting many people to wonder if the Shiba Inu coin is dead or has a future in the investment market.

As a result of the weekend deposits, the Shiba Inu community has grown tremendously, and we wish to see it grow much more. We are excited to be one of India’s major exchanges to offer SHIB, which will allow crypto enthusiasts to have entry to the market. As an exchange, we are pleased to be able to offer our loyal customers a diverse portfolio of cryptocurrencies, including memetic tokens, in order to provide a comprehensive investment experience.

To start investing in Shiba Inu Coin SHIB and other cryptocurrencies, you must first sign up for an account with an exchange that enables you to buy and sell Shiba Inu in India. An exchange broker is a website where you may buy and sell SHIB as well as other cryptocurrencies that must be listed.
If you want to buy and invest in Shiba Inu Coin quickly and effortlessly using your MasterCard, check out BuyUcoin Exchange!

If you want to buy Shiba Inu at the best price, 2021 is the year to do it because the SHIB value has been rising since the beginning of 2021 and is expected to continue rising until it reaches $1. So now is the best moment to invest in Shiba Inu Token in 2021.

Elon Musk, CEO of Tesla, announced the name of his Shiba Inu puppy on Twitter. Musk, who is quite active on social media and tweets about anything from electric automobiles to space exploration to cryptocurrencies to his 57 million followers, said that

“My Shiba Inu will be named Floki.” — @elonmusk on Twitter

Shib With its 2,500 percent run in May, it demonstrated that it can astound investors with astounding gains. Investing in Shiba is incredibly hazardous, but with enough luck and liquidity, it has the potential to explode once more. However, Buterin’s donation, as well as the current bitcoin market slump, reduce the likelihood of another comparable action occurring anytime soon.

The India COVID-Crypto Relief Fund has already transferred 20 trillion Shiba from its primary wallet, while it is unclear how much of the total donation has been sold. We don’t even know which organisation received the second 50 trillion Shiba gift. The majority of the remaining half of Shiba’s supply that was locked into Uniswap has yet to be minted.

How to invest in Shiba Inu Coin(SHIB)?

As a result of its sudden popularity, Shiba has been listed on a number of trading platforms, including BuyUCoin and Binance Exchange. Shiba can be purchased fast and easily with the BuyUCoin app (on iOS and Android). To purchase it, simply create an account and verify your identity. In India, you must provide your PAN, AADHAR, and a recent selfie to prove your identity. After your account has been set up and authenticated, you can invest in Shiba using INR.

BuyUcoin is accessible for direct buy of SHIB in India using fiat currencies. There are several methods for securely storing your SHIB tokens. The platform offers customers a Shiba Inu Wallet for free. There are two components to the wallet. The Controller will execute network commands while the Stash function is used to store significant amounts of SHIB.

While Dogecoin has a far larger market capitalization and user base, Shiba Inu has the potential to improve its functionality. The code of Dogecoin is based on Bitcoin’s and does not allow smart contracts. As a result, Doge can only be used as an internet currency and a (unstable) store of value. Shiba cannot yet do much more than Doge, however smart contracts on the Ethereum network provide Shiba developers more options.

Shiba Swap will bring new ways to use Shiba tokens, increasing the value of Shiba tokens for its consumers. It will encourage new users to buy Shiba tokens and stake them in liquidity pools, driving up the price. On the Ethereum network, though, this method is not novel. Staking pools are already available in many decentralised applications (dApps), but Shiba Swap contributes nothing to differentiate itself.

ShibaSwap may generate enough demand to dethrone the comparatively unsuccessful Doge as the most valuable meme coin if Shiba gains a large number of users. Dogecoin had a market capitalization of about $48 billion at the time of writing, and Shiba would need to increase in price by 1,350 percent to overtake it. Shiba’s fortunes are unlikely to improve in the foreseeable future as a result of Buterin’s gift and dwindling interest in meme coins.

Why invest in Shiba Inu(SHIB)?

Shiba Inu (SHIB) has a market valuation of more than $3.8 billion as of early June 2021, making it the 31st-largest cryptocurrency by market capitalization, according to CoinMarketCap. In another sense, Shiba Inu is a little dog. Each token is worth only$0.000007903. This makes it appealing to inexperienced cryptocurrency investors, especially because well-known picks like Bitcoin cost more than $34,000 for a single token.

Shiba Inu’s attraction stems from the desire for passive income from staking, as well as the fear of missing out from individuals who did not participate in the Dogecoin gold rush.

According to Marie Tatibouet, chief marketing officer at Gate Technology,

“the ripple effect from Dogecoin’s price spike has aided other meme tokens such as Shiba Inu, increasing the potential for short-term benefits”

Worth to Buy Shiba Inu Coin in India

As per the Wallet Investor, the price of Shiba Inu will be at

In another independent research by Gov.Capital.

However, a favourable price may be seen for Shiba Inu as it is expected to reach a price of $0.000085 by June 2021, according to Global Coverage. On the other hand, price forecasts should be regarded with a grain of salt and are never 100% sure shot. Moreover, it is just an assumption.

What Are the Risks factors with Shiba Inu Coin?

It’s vital to remember that cryptocurrencies are a dangerous asset class; within that asset class, speculative altcoins like Shiba Inu are even worse. Only investors with a high risk tolerance should consider it.

“Cryptocurrencies and digital assets in general are still in their infancy,” explains Jahon Jamali, chief marketing officer of Sarson Funds. “Losers will outnumber winners, as with every emerging technology.”

Volatility appears to be the most obvious risk with price of Shiba Inu, as it is with other cryptocurrencies. According to Tatibouet, the meme token frenzy isn’t going to persist long, leaving some investors vulnerable to large losses if interest wanes. Shiba adds nothing new to Ethereum’s decentralized finance (DeFi) ecosystem. Because it is part of the Ethereum network, it may have more applications than Dogecoin.

The market is very volatile, and if people start losing their confidence in such new and emerging currencies, their value might collapse exceptionally quickly. Therefore, people should be cautious when investing in currencies like Shiba Inu, Safemoon, and others, since they might provide quick riches but can leave you with massive losses if they fall. So you might want to think twice before you make an adamant decision of investing in such currencies, which are very new to the market and the future is relatively not known. We hope you understood and learned well about this one and you will refer to it before you get into making any decision.