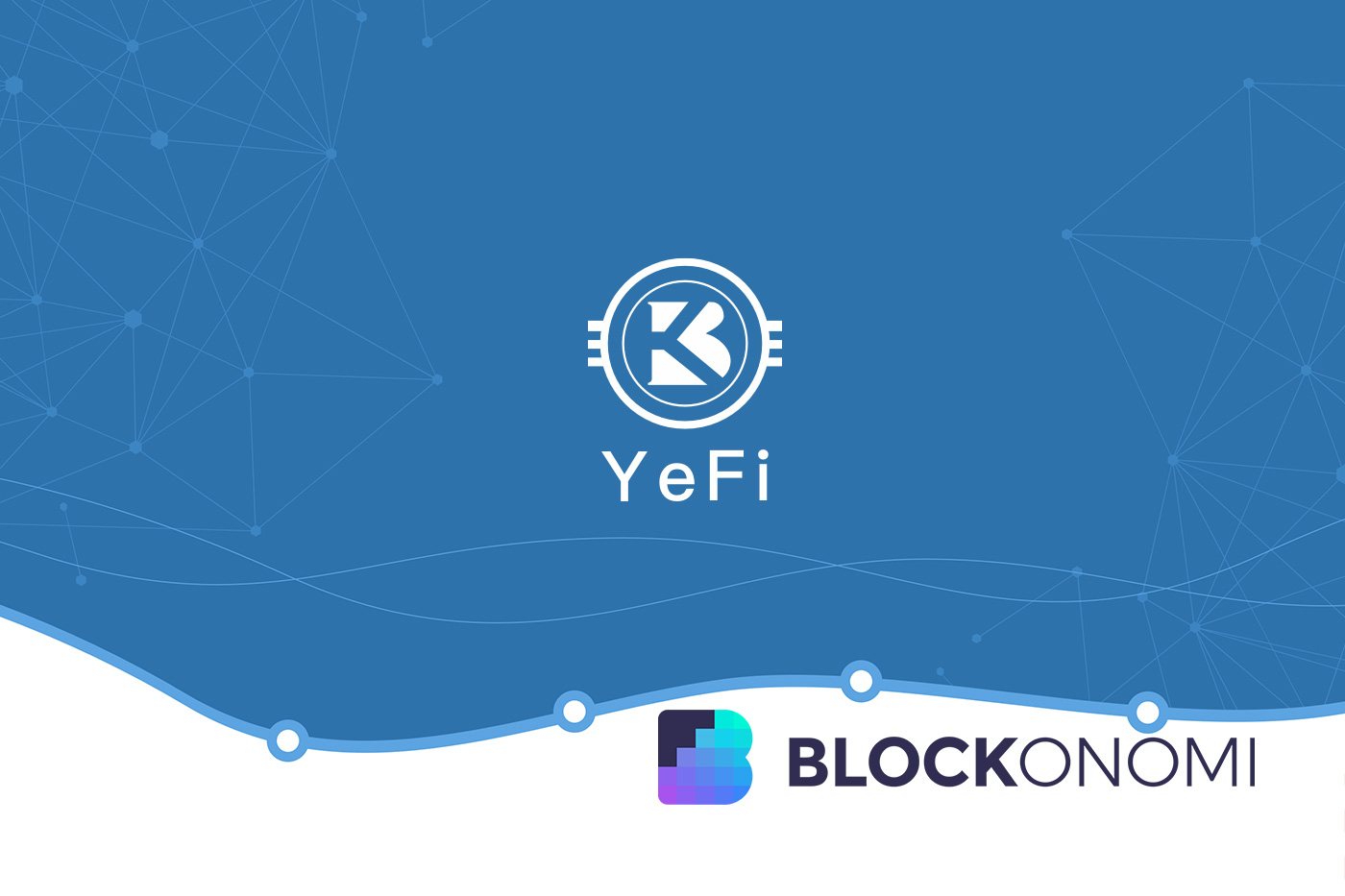 Staking crypto has quickly become a popular technique for token holders to generate passive income without having to sell any of their holdings.

The YeFi staking platform is a terrific way to profit from the value of crypto assets in the long run, and earn some interest today.

YeFi.one is a DeFi project at its core. In the future, other functions like a DEX, lending & borrowing, and NFT will be added.

Each function of the YeFi.one protocol will interface and integrate with external protocols as a core component of Lego DEFI.

Fundamentally, Yefi.one operates as a DeFi staking platform which allows users to put crypto assets in the YeFi Dapp.

App users can earn passive income, like many other staking pools. However, YeFi.one is an open-source and non-custodial protocol.

The YeFi dApp is simple to use which is fully adaptable with BSC, and accessible from any wallet that supports BSC.

The ease of use and robust security that distinguishes YeFi.one from the DeFi crowd is worth noticing.

Beosin, an external blockchain audit company, thoroughly audited the smart contract and found it to be secure and exploit-tolerant. YeFi.one eliminates the possibility of impermanent loss, giving it a significant security advantage over other DeFi tools.

The project’s development story is another distinguishing feature. YeFi.one has appeared as a nexus point for two dominant players in the digital world that are decentralized finance and decentralized data storage.

The creators of YeFi.one have blended the best of both areas to produce a one-of-a-kind DeFi solution that aims to aid the development of decentralized data storage systems through decentralized finance.

The YEFI team takes an energetic and measurable approach to governance. They feel that their goals and fundamental concepts are important, and that effective community governance cannot be executed in a DEFI project without a solid finance model.

As a result, the development team will be actively participating in the protocols’ governance committee in the early stages to help the community transition to an organic governance environment.

The token is available for trading on MDEX, WBF and PancakeSwap. In addition, the token total supply is 84 million with the capacity for the token to be mined at 200 YEFI within every 10 minutes.

For more info on the token, or how to buy it, just click here.

YEFI protocol officially began development in November of 2020. In January of 2021, the platform token was launched with the allowance for liquidity mining and blind mining application.

At the same time, the platform developed its wallet integration function by balloting instrument launch as well as proposing the donating rate mechanism for their liquidity providers.

Moreover, interest rates for borrowers also was announced during this stage to generate a comprehensive protocol platform.

A month after, in February of 2021, the Yield Farm mechanism was introduced following with other significant functions such as Oracle integration, Smart Contract investigation, Code freeze and the following official launch on GitHub.

Growing into an Influential Position

To establish a solid position within the DeFi industry, the platform by itself has achieved various significant milestones throughout its development.

The token was listed on WBF Exchange where it reached its highest point after launching with authority, which demonstrated an impressive increase for just a month.

To further expand its reach, PancakeSwap- which is one of the most well-known DeFi platforms listed YEFI token on 18th of June. Following this, the token was listed on MDEX.

Significantly, Beosin – one of the top blockchain and crypto verification firm has officially investigated and confirmed its approval for YeFi protocol, which enhances its trust levels in the DeFi community.

Importantly, the YEFI token will be listed on Bittrex in the near future which is another popular trading platform that will add liquidity to the token.

YeFi.one operates on the basis of various main features which distinguishes itself with other DeFi platforms.

The platform first feature is security which is determined as its comprehensive audited function.

By doing this, YeFi emphasized its multi-function ability as well as strong collaboration towards the blockchain industry.

Significantly, to mark its scalability objective, the platform is emerging to become an even more comprehensive DeFi platform with the all-inclusive functioning capacity comprising lending and borrowing solution, DEX and especially NFTs abilities are about to be introduced soon.

The platform indicates its strong robust concentration on users’ benefits through its outstanding feature – risk free of impermanent loss which is identified as staking at no risk, where users can easily withdraw the original deposit amount assets in case they decide to exit the platform.

In addition, the users can increase their APY with the provided feature from YeFi.one through sending invitations to new users.

Staying Ahead in a Competitive Market

By operating within the world’s most dynamic industry, YeFi.one has numerous competitors who provide similar functions and features in the crypto world.

Significantly, Compound is seen by many as the platform most similar, due to the mostly overlapping feature sets.

However, YeFi.one has successfully set its unique position due to its combination of DeFi and Decentralized functioning, which is its most recognizable point to distinguish itself with other DeFi firms.

Moreover, many data storage projects such as Swarm, Chia, Filecoin and more have been developed to compete with YEFI’s goals to offer profit generation from data storage.

In particular, these projects will allow users to mine YEFI tokens and as a result gain profit through decentralized data storage.

A major decentralized storage that can be mentioned is Dfinity – a public blockchain network that is operated by various independent data centers worldwide.

The first benefit is simple. The platform promises that users will be able to withdraw the exact amount of deposited assets even when the value of that assets has dropped.

With the second USP, officially audited and approved by Beosin, users can trust that YeFi.one protocol is completely safe and hence, experience an extremely safe platform.

The last feature which is called APY boost will support users to achieve higher computing power by referring new users to use the platform.

With the aim to evolve more within the crypto industry, YeFi.one is making all the right development decisions to remain relevant in a very competitive market.

While there are other platforms out there that have similar features, YeFi has demonstrated its commitment to making a safe platform that can grow with the DeFi industry.

DeFi and staking are an amazing area for development, and YeFi.one is creating a multi-faceted platform that can deliver what investors of any size need to stay ahead in the token markets.

If you want to learn more about YeFi.one, and keep on top of how it is growing, just click here for more information.

The future of finance is decentralized – and YeFi.one is working on making it a reality.